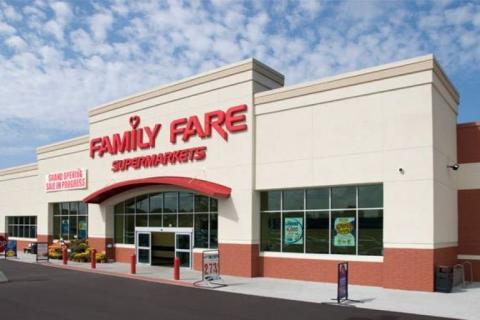 SpartanNash got a lift in the second quarter from its military and food distribution businesses, but its retail segment sales were down despite new fresh and private label programs.

For the second quarter ended July 14, net sales increased $39.8 million, or 2.1%, to $1.90 billion from $1.86 billion in the prior year quarter. The increase in net sales was driven by continued sales growth in the food distribution and military segments of 4.3% and 3.9%, respectively, partially offset by lower sales at retail.

"We remain focused on growing and improving profitability of our freshly produced offerings and will continue to develop the products and services that our existing and future customers need to meet the growing, healthy and fresh demand of today's consumer. Our key objectives over the next few quarters will center on straining more of this growth to the bottom line. We are currently implementing plans to overcome some of the incremental transportation and warehousing cost experienced due to the rapid growth in certain of our regions and to generate more volume in our fresh processing operations, while improving their overall productivity. We also expect to benefit from growing program such as the private brand offering at our military group and sales from some of our unique distribution solutions that are in ramp-up phase," said David Staples, President and Chief Executive Officer.

Gross profit for the second quarter of fiscal 2018 was $265.7 million, or 14% of net sales, compared to $271 million, or 14.6% of net sales, in the prior year quarter. As a percent of net sales, the change in gross margin was primarily due to an increased mix of Food Distribution and Military sales as a percentage of the total sales combined with investments in margin.

Net sales for the retail segment were $464.6 million in the second quarter compared to $482 million in the prior year quarter. The decrease in net sales was primarily attributable to $15.5 million in lower sales resulting from the closure and sale of retail stores, as well as a 1.9% decrease in same store sales, which exclude fuel. These decreases were partially offset by higher fuel sales compared to the prior year quarter.

The company reported operating earnings for the retail segment of $8 million compared to $13.2 million in the prior year quarter. The decrease in reported operating earnings was primarily attributable to the re-investments of tax savings in margin and store labor, lower comparable store sales and higher fees paid to pharmacy benefit managers, partially offset by the closure of underperforming stores.

Net sales for the food distribution segment increased $38.6 million, or 4.3%, to $941.7 million from $903.1 million in the prior year quarter, primarily due to sales growth from new and existing customer programs, partially offset by reduced sales volume as a result of the product recall.

"The voluntary product recall at Caito negatively impacted both our sales growth and profitability in food distribution during the quarter," Staples said. "We continue to focus on being a best-in-class producer, working to ensure our suppliers are leaders in food safety and that consumers are provided the highest quality fresh products. It is worth noting that not one of the over 500 tests taken by the various parties showed positive evidence of salmonella. I believe these results are a testament to our commitment to operating a high quality manufacturing process."