Retailers such as H-E-B call out brand assortments as a key element of their value proposition.

It was big news in the cereal aisles earlier this year when Lucky Charms revealed a major innovation. The iconic General Mills brand added a unicorn to the blend of colorful marshmallow shapes found in the cereal that has been described as “magically delicious,” since the 1960s.

“At the beginning of the year, we said we would grow our global cereal business in fiscal 2018 and we accomplished that goal,” Harmening said when General Mills reported results for its fiscal year ended May 27. “We grew retail sales and market share in the U.S. behind strong marketing campaigns like Good Goes Round on Cheerios and Unicorn Marshmallow news on Lucky Charms. We secured increased in-store displays at higher price points resulting in improved merchandising performance, and we launched the biggest innovation in the U.S. category this year with chocolate peanut butter Cheerios.”

Innovation comes in many forms in the consumer packaged goods world, which is why it is help to take an expansive view of the word. Because let’s face it, adding unicorn shaped marshmallows to Lucky Charms is being rather generous with the definition. That’s largely due to the fact that innovation is so often used in grandiose terms, inspired by changes in the technology world where disruptive innovation changes people’s lives and spawns startups with billion dollar valuations that gave new meaning to the word unicorn.

No one’s life will be changed by the shape of a marshmallow in box of cereal, but the move and how it was executed with marketing helped reinvigorate a brand in an otherwise growth-challenged category. It also helped General Mills deliver on an often heard expectation retailers have of major branded suppliers.

“Just showing up as a brand isn’t enough anymore. You have to go to market very differently and you have to continue to innovate,” was the advice Walmart Chief Merchandising Officer Steve Bratspies shared in August at the annual meeting of the Grocery Manufacturers Association (GMA).

Walmart needs brands to innovate because its everyday low price business model is dependent on brands remaining relevant with shoppers so Walmart can showcase its value proposition.

“We sell brands for less, it is fundamental to our business model, but the only way shoppers know that is if they can compare prices on brands,” Bratspies said. “Brands are a fundamental part of how we go to market, they have been from the beginning and they will be going forward.”

An expectation of innovation as the key to brand relevance is a topic Kroger Chairman and Chief Executive Office Rodney McMullen also addressed at GMA.

“We believe that strong national brands give customers a reason to come to our stores. Brands that are investing and innovating to remain relevant will always have a place on Kroger shelves,” McMullen said.

He was quick to qualify that statement by noting that customers drive the retailer’s product selection process and all merchandising decisions are based on customer behavior.

“We use customer driven analysis no matter whether it is national brands or our own brands,” McMullen said. “Accordingly, we are not shy about telling the world we are using everything at our disposal to be relevant with our brands.”

The strategy is working. Kroger’s own brands achieved their highest ever unit share in 2017 and sales reached $20.9 billion, which represents 17 percent of Kroger’s total sales of $122.7 billion.

When the issue of whether brands matter is discussed, the question is really whether large national brands matter. That’s because private brands have steadily gained share for two decades while more recently smaller emerging brands have siphoned off demand by appealing directly to consumers and pursuing alternative distribution channels.

“That question has been with us for quite a while,” General Mills CEO Harmening said, referring to a presentation he gave at Harvard in 1994 that addressed the topic of whether brands still matter.

The answer today is even more of a resounding “yes,” than it was then, but it is qualified to a great degree by shoppers’ perceptions of brand and how they differentiate between different types of brands.

For example, the Simple Truth brand Kroger launched in late 2014 now generates sales of more than $2 billion and is the largest natural and organic brand in the market. The brand has sufficient equity that Kroger believes it can be sold to consumers in China, which is why the retailer entered into a partnership with Alibaba earlier this year.

Conversely, a brand such as Coca-Cola that is recognized globally by the mere silhouette of its signature bottle is challenged to find new ways to grow core carbonated beverages as consumer tastes and lifestyles change.

“When brands really matter is when they are emotional,” said Jim Dinkins, President of Coca-Cola North America. “Millennials are actually more brand loyal than their parents.”

Brands also matter when they apply new ways of thinking to a category. That’s what B&G Foods did in 2015 after it acquired the Green Giant brand of frozen and canned vegetables from General Mills.

“We are a brand buyer and totally believe that brands matter,” said Robert Cantwell, President and Chief Executive Officer of B&G Foods. “Innovation within a brand is extremely important. Retailers want to hear about innovation.”

In the case of Green Giant, that meant a shift in thinking from frozen vegetables as a side dish at dinner to more of an ingredient for meals. The brand introduced new cuts and formats that consumers wanted to use and it helped make frozen vegetables one of the company’s fastest growing categories, according to Cantwell.

Changing how frozen vegetables are cut, much like adding a new shape to Lucky Charms, is the type of brand innovation that seems trivial but actually matters to shoppers whose behaviors drive brand relevancy and financial performance. The key is making sure other forms of brand innovation are occurring, namely in how brands engage with consumers.

For example, the global media and communications firm WPP in its 2018 BrandZ report identified the world’s 100 most valuable global brands and described an evolving retail landscape where the way people shop and interact with brands physically and digitally looks very different than it did just 10 years ago.

“As the marketplace becomes ever more complex, brands will only become more important,” according to David Roth, Chief Executive Office of WPP’s The Store and leader of the BrandZ research.

It is a challenging proposition because brands need to be present online, especially on mobile, and offline in traditional stores and other sorts of experiential venues, according to Roth. The consumer could be in any of these places, or in more than one of these places simultaneously or they could be at home cooking dinner while talking to Alexa or Google Home. In that case their shopping lists may be fulfilled by algorithm or paid search — unless brands speak to the consumer in a louder voice, with a meaningfully different proposition urging, “choose me,” Roth said.

THE BUSINESS CASE FOR BRANDS

National brand suppliers tend get a bad rap in an era when major retailers are able to launch multi-billion private labels and large CPG companies are considered successful if they are able to eke out low single digit organic growth. The result is an assertion that brands, large CPG brands anyway, don’t matter, which has led to depressed valuations of major food companies, according to Akshay Jagdale, an equity analyst with Jefferies who follows the consumer staples space.

“We believe brands matter more now than ever before and as such we believe food stocks are undervalued,” according to Jagdale.

The bear case against the consumer staples sector is that product lifecycles have shortened, sales declines are likely to accelerate, pricing power has eroded and margins are compressed. Jagdale holds a different view, which he contends is supported by evidence-based research. Under the “brands matter more than ever,” scenario he expects sales growth to improve, margins to expand and valuations to improve.

Jagdale is such a believer in the brands still matter narrative that Jefferies held an inaugural conference by the same name earlier this year in New York. The premise of the event was to explore the types of branding ecosystems that are most effective in working across a diverse set of technology, analytics and marketing partners with an eye toward the implications for brand sales and profits.

Other analytics firms come at the issue of brand from a different angle. The global consulting firm Prophet recently completed is fourth Brand Relevance Index, which seeks to rank the most relevant brands in consumers’ lives. No great surprise that companies such as Apple, Amazon and Pinterest were top ranked for the fourth year in a row while other brands debuted in the top 50 included Dyson, Folgers, Clorox and Ben & Jerry’s. To arrive at the ranking, Prophet surveyed people on metrics such as customer obsession, distinctive inspiration, pervasive innovation and ruthless pragmatism.

“Today’s consumers are expert at ignoring the tens of thousands of brands that don’t interest them, but for their favorites, they go above and beyond what ‘rational’ people do,” according to researchers. The common characteristics of brands in the index — why they matter — is they have made it their mission to continually find new ways to engage and delight customers. That’s why Prophet calls them relentlessly relevant brands. RL 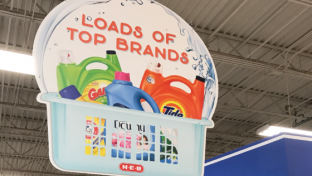 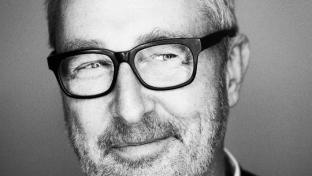 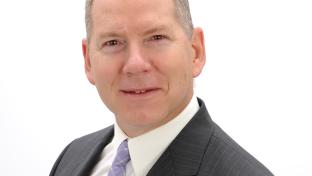 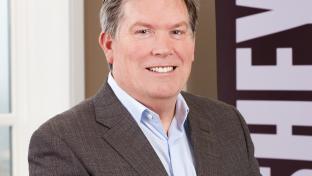 Technology and Innovation
How Accenture will help Hershey grow 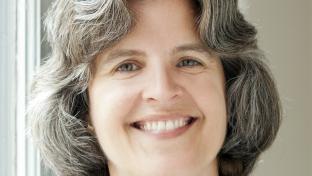