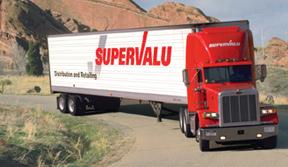 UNFI said it will sell off Supervalu’s retail business, which comprises 3,000 stores.

Supervalu is exiting the food retail business via a deal to sell itself to United Natural Foods Inc. for $2.9 billion.

The news comes on the same day that Supervalu announced its Q1 2019 earnings.

UNFI said it will sell off Supervalu’s retail business, which comprises 3,000 stores. The company has spent more than two years executing a transformation plan aimed at returning to its wholesale roots.

“The combination of UNFI and Supervalu provides a substantial premium and delivers certainty of value to our stockholders, meaningful benefits to our customers, expanded opportunities for our employees, and the ability for us and our vendors to efficiently serve a varied customer base,” said Mark Gross, CEO of Minneapolis-based Supervalu. “We have been executing an ambitious strategic transformation for over two years. We believe that this transaction is the best and natural next step for our stockholders, customers and employees. I am very proud of the unwavering commitment and focus of our employees in driving our strategic transformation and serving our customers.  I am confident that, together, Supervalu and UNFI will be well positioned to succeed – and to help our customers succeed – in today’s grocery landscape.”

According to the companies, the deal’s strategic and financial benefits are as follows:

Spinner will lead the combined entity, while Sean Griffin, UNFI’s COO, will head up the Supervalu integration efforts after the deal closes, leading an integration committee consisting of executives from both companies to implement best practices from each company and the delivery of important synergies, as well as a rapid and smooth integration.

“The acquisition of Supervalu by United Natural Foods Inc. gives more credence to our assessment that the wholesale food distribution business needs scale now more than ever to counter the pricing and competitive pressure permeating throughout the food retailing business," Moody’s Vice President Mickey Chadha said. “With extremely thin margins at Supervalu and organic growth opportunities hard to come by due to the challenging business environment for its wholesale distribution customers which are primarily independent food retailers or small retail grocery chains that are challenged the most in the current promotional environment it makes sense to join forces with UNFI which has over 35% of its sales to grocery stores that specialize in faster growing natural and organic foods including Whole Foods."

UNFI said that it expects to finance the deal mainly with debt, and committed financing provided by Goldman Sachs. According to the distributor, it plans “over time … to divest Supervalu retail assets in a thoughtful and economic manner.”

Approved by the boards of directors of both companies and subject to antitrust approvals, Supervalu shareholder approval and other customary closing conditions, the transaction is expected to close in the fourth quarter of calendar year 2018.

One of the largest grocery wholesalers and retailers in the United States, Supervalu serves customers across the United States through a network of 3,437 stores comprising 3,323 wholesale primary stores operated by independent grocers serviced by the company’s food distribution business and 114 traditional retail grocery stores in continuing operations operated under three retail banners in three geographic regions. The company has about 23,000 employees.