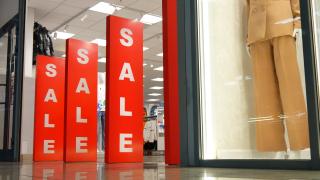 The majority of consumers plan to spend less than $500 on holiday-related expenses this season, according to data from the e-commerce services provider Jungle Scout.

Consumers are looking to save amid economic pressures, including rising interest rates and inflation, which has cooled but is still impacting prices. While the Jungle Scout survey paints a troublesome picture for retailers, experts have said they expect spending would modestly increase this holiday season. The National Retail Federation (NRF) in November said it expected overall consumer spending to increase 6%-8% over 2021, with consumers spending an average of $832.84 on average on gifts, decorations and food — on part with the 10-year average. Online sales topped a record $9 billion on Black Friday, and the NRF said Thanksgiving weekend shopping was at a record high this year, Retail Leader previously reported.

While self-reported consumer spending was down in many categories during the fourth quarter compared to the previous quarter, consumers in the Jungle Scout survey said their spending had increased in several categories, including exercise and fitness supplies, toys and games, and books, magazines and newspapers.

According to the survey, 80% of consumers surveyed said they believed the U.S. was already in a recession or was headed toward a recession, compared to 76% of respondents in Jungle Scout’s survey in the previous quarter. Ninety-three percent of consumers surveyed said they’d felt the higher cost of products in day-to-day spending. Top categories where consumers noticed higher prices included grocery, electronics, cleaning supplies, clothing and products in the beauty/personal care sector.

A little more than half of consumers polled said they felt their household income was unstable, 69% said they were worried about their finances and 83% of those surveyed said inflation had impacted their spending habits. The largest cuts consumers said they made were at restaurants and bars, where just over half of consumers (51%) said they’d made cuts. Just under half of the consumers surveyed (47%) said they had cut some fun or impulse buys, 44% said they had cut costs on in-person entertainment and the same amount had cut spending on clothing purchases, according to the survey.