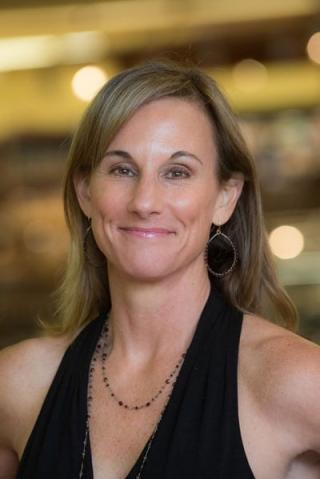 PCC Community Markets, the largest community-owned food market in the United States, has appointed Suzanne “Suzy” Monford its new president and CEO, effective Dec. 16. Monford brings to her latest role more than 30 years of experience in the grocery and restaurant industries, along with a passion for creating healthy communities, a dedication to health and wellness, and a focus on innovation. She will be the sixth CEO in PCC’s more than 65-year history and the second woman to hold the role.

“I’m thrilled to join the PCC team as we continue to partner with our members, shoppers and communities throughout the Pacific Northwest,” noted Monford. “Since 1953, PCC has championed local producers, quality and sustainability — the values I most cherish. As we look to the future, we will continue to draw on what makes us special, like our dedication to cooking from scratch daily in our stores, and to anticipate our shoppers’ needs, especially now, through innovation in our stores and our growing online business.”

Monford was selected to take the helm by a committee made up of members of the PCC board of trustees and the co-op’s leadership, with support from Los Angeles-based consultancy Korn Ferry, after a six-month search for a new CEO.

She comes to PCC after three years with The Kroger Co., most recently as group VP of e-commerce. In that position, she helped create and lead go-to-market strategies for the grocer’s e-commerce partnership with Ocado in new markets across the United States. During her time with Kroger, Monford also led fresh food as the Cincinnati-based company rolled out its new Fresh for Everyone master brand.

In keeping with her dedication to health and fitness, Monford volunteered her time as an executive sponsor and program creator of Kroger Health’s Wellness Your Way Festivals, among other activities.

As president of Kroger’s Quality Food Centers (QFC) from 2017 to 2019, Monford operated the division of 65 stores in Washington and Oregon and oversaw such innovations as launching delivery, leading the campaign to eliminate single-use plastic bags, and introducing the in-store wood-fired Tutta Bella restaurant, the first of its kind. She also collaborated on the design of the chain’s flagship store in Kirkland, Washington, to spotlight fresh, local and healthy foods, and became an active member of the Seattle community through her board memberships.

“Suzy brings to PCC a wealth of experience in natural foods, high-service retail and executive leadership,” said Catherine Walker, chair of the PCC board of trustees. “Equally important, she has committed her personal and professional lives to health and wellness with a community focus. Her knowledge of the grocery industry, her alignment with PCC’s mission and values, and her commitment to community make her an ideal choice for the CEO role.”

Monford began her supermarket career with a decade of leadership roles at San Antonio-based H-E-B, the largest privately held retailer in the United States. Before joining Kroger, she was CEO of Andronico’s Community Markets in the San Francisco Bay Area and amassed international experience in leadership roles with Australia’s Woolworths and Coles Supermarkets.

In 2019, while still at Kroger, Monford closed out the Leadership Development Program at Retail Leader sister publication Progressive Grocer’s Top Women in Grocery gala event with a keynote address on food that fuels and the workplace as a fit place. She was also a 2019 Top Women in Grocery honoree in the Senior-Level Executive category, having previously been recognized in the same category in 2016 during her tenure at Andronico’s.

With an active membership of nearly 90,000 households, PCC operates 15 stores in the Puget Sound area of Washington state, including the cities of Bellevue, Bothell, Burien, Edmonds, Issaquah, Kirkland, Redmond and Seattle. The co-op also plans to open new stores in Downtown Seattle and Madison Valley and relocate its Kirkland location. In 2019, PCC gave more than 65% of its pretax earnings to members and the communities it serves, including nonprofits around the Puget Sound area.

Kroger employs nearly half a million associates who serve 9 million-plus customers daily through a seamless digital shopping experience and 2,800 retail food stores under a variety of banner names, while H-E-B operates about 400 stores in Texas and Mexico.