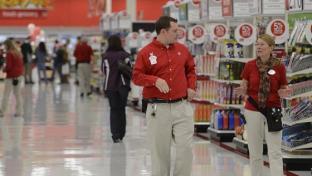 Target is attempting to gain a head start for holiday season labor as the retail giant seeks to hire thousands of seasonal workers.

Target is looking to gain an advantage during the holiday season by hiring 20 percent more seasonal workers and paying them more.

The company announced plans to hire approximately 120,000 seasonal team members across the country for the upcoming holiday season, a 20 percent increase over last year’s hiring commitment. In addition, the company will continue to offer extra hours to current team members to accommodate their interest and availability.

“Coming off a strong second quarter, we’re anticipating a busy holiday season and want to make sure we have the right teams in place across all of our stores and distribution and fulfillment centers to deliver an exceptional experience for our guests. This always starts by having conversations with our current team members to see if they’re interested in working extra hours before making our seasonal hiring commitment,” said Janna Potts, Chief Stores Officer of Target. “Adding 120,000 people to our current team will make the holidays easier and more convenient for our guests – whether they’re in our stores, picking up their Drive Up orders or having a package delivered to their home.”

The announcement is a continuation of the company’s investment in team members that includes increased hourly wages, benefits and discounts, and meaningful opportunities to build experience and skills. Seasonal team members are an integral part of Target’s efforts to ensure its 1,839 stores provide guests with a fun and easy holiday shopping experience.

Other companies are gaining a head start to the holiday season hiring, such as Michaels, who announced in September that it will hire more than 15,000 seasonal positions across its U.S. and Canadian stores and distribution centers in preparation for the 2018 holiday season.

According to the company, all team members hired after Sept. 16 will begin at $12 an hour minimum wage, part of Target’s commitment to increasing its minimum hourly wage to $15 per hour by the end of 2020. In addition, seasonal team members will be able to take advantage of other benefits, including: