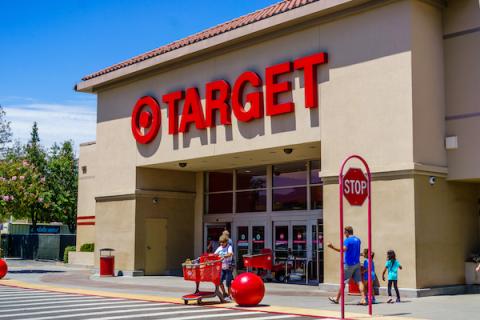 Target announced three days of deals from Sunday, Oct. 10 through Tuesday, Oct. 12, extending the sales for the first time beyond the retailer’s website and app to in-store as well. The sale came as retailers are facing a supply chain crunch, with supply shortages, import delays and other constraints. The earlier sales encouraged consumers to get a jumpstart on shopping for the holidays. Several major retailers, including Walmart, have launched sales earlier this year to combat supply chain challenges and potential shortages of stock.

October is also a typically slower month for retail, following back-to-school shopping and before the holiday season gets into gear, according to Placer.ai, which tracks and analyzes foot traffic. Over Deals Days, year-over-two-year daily visits rose by 3.1% on Sunday, 15% on Monday and 20% on Tuesday.

“Target monthly visits were up by over 11% in the month of September compared to the same month in 2019, and the retail giant’s strength seems to be continuing in October,” Placer.ai wrote in a recent report.

September was also a strong month for Target, with monthly visits up 11% from the same period in 2019.

“So not only did the brand drum up interest with Deal Days, but they did it even compared to a uniquely strong period in the five week prior,” Placer.ai wrote.

Riding on stronger foot traffic, Target is ramping up its holiday shopping plans by announcing more dedicated Apple in-store shops at its locations. The retailer is doubling the number of Apple shops from 17 to 36 stores, betting that the products will be popular this holiday season. Customers consult with Apple-trained Target Tech Consultants at the shops. According to Target, the response since the first Apple shops opened in February has been “incredible.”

“The strength of our assortment of national and owned brands, the expertise of our team members and the incredible value we offer make Target an unmatched destination for electronics and accessories,” Nikhil Nayar, senior vice president, hardlines at Target, said in a statement. “With the expanded Apple at Target shop-in-shop experiences, we’re elevating this even further. And coupled with the added convenience of our same-day fulfillment services and new price-match guarantee all season long, guests know they can turn to Target with confidence during the holidays, whether that’s in-store or online.”