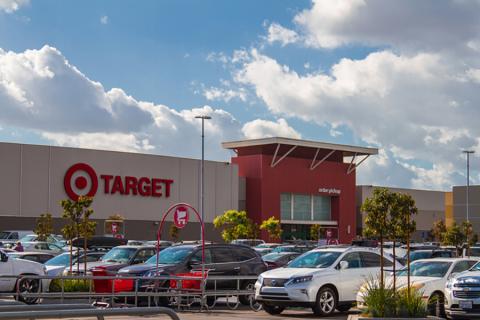 Target shoppers in the Sezzle test can split purchases into four interest-free payments over six weeks.

Getting more consumers to buy online isn’t just a matter of having a solid website, wide product selection, and fast deliveries and curbside pickups. Payment options matter, too, and the latest evidence of that comes from Target.

News emerged Monday that the retail chain will work with a company called Sezzle — whose technology enables installment payment plans for online purchases — on a “proof of concept” (POC) push. Target offered no immediate details, and it wasn't clear how long the test would run or how large it would be.

“The POC will include limited tests with a small portion of Target.com guests in two product categories to evaluate the efficacy of the Sezzle platform for Target’s retail operations,” according to Sezzle, which, like Target, is based in Minneapolis. “The POC is preliminary in nature and does not represent any guarantee of a future commercial contract. Sezzle will provide a further update to the market at the conclusion of the POC, with the timing of this not yet known.”

This would not be Target’s first experience with such payments. It has worked with Australian company Afterpay, for instance, on similar installment payment options for online shoppers.

Consumers who use Sezzle can split purchases into four interest-free payments over six weeks with no impact to credit scores if balances are paid in time. Sezzle, which says it serves more than 16,000 active merchants in the United States and Canada, is part of the growing trend of buy-now-pay-later services for online retailers.

One of the goals of such services is to reduce online shopping cart abandonment. Data from e-commerce provider BigCommerce shows that 48% of online shoppers might purchase more were such payment options offered by digital merchants. The Austin, Texas-based company also found that some 14% of online purchases now involve a buy-now-pay-later payment option — a figure that could rise as more retailers adopt it and as the economic hardships of the pandemic continue.

Target is racing to boost its e-commerce efforts as the holiday shopping season approaches. For instance, the retailer recently announced that during the holiday shopping season, it plans to have twice as many store team members dedicated to contactless services, including its Drive Up and Order Pickup program — a reflection of e-commerce's rocket-like rise during the pandemic.

As for Sezzle, it raised $55 million in a funding round announced over the summer. Earlier in September, Sezzle revealed another retail initiative: the release of its virtual card for shoppers, enabling millions of Sezzle customers to pay using interest-free installments both in-store and online. The Sezzle Virtual Card will allow brick-and-mortar retailers that already support Apple Pay and Google Pay an easy way to offer Sezzle's Buy-Now-Pay- Later solution to their customers.