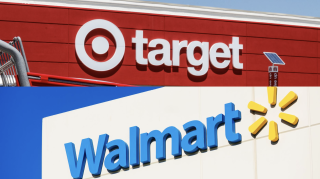 Walmart and Target this week announced plans to hire a combined 140,000 seasonal workers to assist the retailers in their efforts for the upcoming holiday season.

Walmart in a release said it planned to hire around 40,000 new workers in seasonal and full-time roles across the company. These new positions include seasonal in-store associates, full-time permanent truck drivers and customer care associates in the company’s call centers. Existing Walmart employees will be offered additional hours if they want them, the release said.

Target said it plans to hire as many as 100,000 additional workers this holiday season, according to a release. These workers will be hired to work at Target stores or at the company’s supply chain facilities, the release said. According to the big box retailer, 30% of employees hired as seasonal typically continue to work at Target after the conclusion of the holiday season. Like Walmart, Target said it would prioritize working with its existing employees to give them their desired schedules.

Target also said it planned to hire 100,000 additional workers last holiday season, which was down from the 130,000 holiday workers it onboarded on 2020. Walmart’s plan to add an additional 40,000 associates is less than the 170,000 total workers (150,000 in-store associates and 20,000 supply chain associates) it said it planned to hire during the 2021 holiday season for in-store and supply chain roles.

Retail sales for the upcoming holiday season are anticipated to grow compared to last year, though the growth is likely to come mostly from the inflation that’s occurred during the past year. The consulting firm Bain & Company predicts a 7.5% growth in sales this holiday season, though when adjusted for inflation, the real growth rate is between 1% and 3%. That’s lower than the average real growth rate of 5.3% across the last decade, according to the firm’s 2022 Holiday Shopping Outlook.

The slow expected growth will occur just a year after a record 14.1% growth in sales during the 2021 holiday season, according to data from the National Retail Federation.

Target plans to start its holiday shopping season earlier than ever this year, with its Target Deal Days running from Oct. 6-8, according to the release. It’s also extending its Holiday Price Match Guarantee, beginning Oct. 6 and lasting through Dec. 24. Walmart this week also announced expanded return policies, allowing consumers to return things purchased Oct. 1 through Jan. 31 next year. It also introduced curbside returns, and will offer at-home pickup for returns for its Walmart+ customers in certain markets.

The expanded promotions and policies come in anticipation of the busiest shopping days of the year in the U.S.