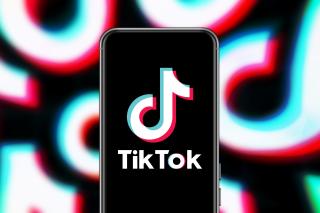 TikTok this week started launching its own e-commerce platform in the U.S., allowing customers to purchase products directly within its app.

The social-media giant, which is owned by the Chinese company ByteDance, plans to use the platform to compete with other major e-commerce retailers — Amazon, Walmart, etc., — ahead of the holiday shopping season, Semafor first reported.

The feature is called TikTok Shop and is a separate tab within TikTok’s app. Testing began in the U.S. this week, according to the report, and it’s already been in use in the U.K. and seven countries in Southeast Asia.

"We are always guided by demand and exploring new ways to enhance the TikTok experience,” a TikTok spokesperson told Retail Leader. "We've seen the positive impact of TikTok Shop, and we're excited to continue experimenting with this new commerce opportunity to support businesses of all sizes and enable our community to discover and engage with products they love.”

As Retail Leader previously reported, TikTok in October appeared poised to bring its e-commerce ambitions to the U.S. as evidenced by job postings on LinkedIn. The postings indicated that TikTok was looking to open its own fulfillment center in Seattle, where Amazon is headquartered.

“The e-commerce industry has seen tremendous growth in recent years and has become a hotly contested space amongst leading internet companies, and its future growth cannot be underestimated. With millions of loyal users globally, we believe TikTok is an ideal platform to deliver a brand new and better e-commerce experience to our users,” said one of the job postings, which were first reported byAxios.

A person familiar with TikTok’s plans told Semafor that the company was partnering with select U.S. businesses to launch the feature in the U.S., meaning that sellers from other countries would not be able to use the new features. TikTok’s goal is to create a livestream shopping industry in the U.S. similar to one that exists in China, according to the report.