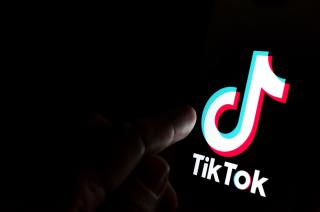 TikTok seems poised to open fulfillment centers in the U.S. that could place the social-media giant in direct competition with Amazon, according to new job postings.

The news was first reported byAxios, which found a dozen job openings posted to LinkedIn over the past two weeks. One LinkedIn posting for a position called for a Business Solutions and Merchant Development Manager at a Global Fulfillment Center, while another job posting is for a Logistic Solutions Manager. The positions are based in Seattle, where Amazon is headquartered.

“The e-commerce industry has seen tremendous growth in recent years and has become a hotly contested space amongst leading internet companies, and its future growth cannot be underestimated. With millions of loyal users globally, we believe TikTok is an ideal platform to deliver a brand new and better e-commerce experience to our users,” the job posting said.

As Axios noted, the job postings do not indicate that the social-media company plans to create its own network of delivery vehicles. Unlike Amazon, TikTok would likely rely solely on third-party companies to deliver products from fulfillment centers.

One job posting for a position at the Seattle fulfillment center said that the employee hired would be responsible for building the fulfillment center from “scratch,” according to a CNNreport. That employee would be “responsible for the business development of fulfillment service of TikTok e-commerce logistics in U.S.,” according to the CNN report. A job posting on TikTok’s website for a role in London uses the same language.

TikTok, which is owned by the Chinese company ByteDance, has not confirmed plans to open any fulfillment centers in the U.S.

"We’re focused on providing a valuable shopping experience in countries where TikTok Shop is currently offered across southeast Asia and the U.K., which includes providing merchants with a range of product features and delivery options,” a TikTok spokesperson told Retail Leader when it asked about the job listings.

As The Verge reported, the fulfillment centers would be TikTok’s latest foray into retail. In 2021, it partnered with Shopify allowing merchants to connect their storefronts to their TikTok accounts. The platform has also experimented with live shopping, which has been popular in Asia. The Financial Times recently reported that TikTok was poised to partner with TalkShopLive, the Los Angeles-based shopping streaming platform, to host potential live shopping sessions in North America.