Time for a Reboot

Time for a Reboot

Through CatMan 1.0, retailers and manufacturers came to a profound realization: Rather than fight to see who can get the most share of a dollar profit, they could focus together to understand and satisfy the consumer, which, in turn, could turn that dollar profit into a $1.10 profit. To do this, retailers and their manufacturing partners began to share consumer data openly.

"It just simply didn't exist before," says Gordon Wade, senior vice president category management for best practices at the Category Management Association (CMA), who also helped develop CatMan 1.0. "If you took a person from 2016 back to the period of 1990 or 1986, they literally would not be able to function because they wouldn't have any common data they were dealing with. And that's not the case today."

Set Sights on the Shopper

Today, more than two decades later, the world of retail has changed dramatically. Shoppers are more diverse than ever; new retail formats have emerged; lines between channels have blurred or disappeared altogether; and both retailers and manufacturers have access to new analytics tools and data sources, including shopper insights, loyalty programs and social media. Additionally, many weaknesses in CatMan 1.0 needed addressing, a new CMA whitepaper says, including inadequate internal alignment, weak ability to develop insights and determine the "whys" (in addition to the "whats"), too much importance placed on planograms, and better execution of a plan at retail.

Responding to these realities, CMA spearheaded the development of CatMan 2.0. The process, scheduled for release to CMA members this spring, was developed in partnership involving some of the best minds at some of the most noteworthy retailers and suppliers, including Walmart, Walgreens, Ahold USA, 7-Eleven, Procter & Gamble, ConAgra Foods and Mondelez International, as well as a number of service providers. Together, they identified 17 relevant work streams, grouping themselves into smaller teams to take on each one. Changes brought about, the whitepaper states, include the addition of an internal alignment step prior to the traditional seven steps of CatMan 1.0, the addition of an "assessment why" step to complement CatMan 1.0's "assessment what" step, the inclusion of a more robust deployment step, and the inclusion of shopper marketing, an inclusion that has been discussed more than any other topic since the development of CatMan 1.0.

"Previously, there was a lot of concern about the consumer, and the data was about the consumer," says Wade, who authored the white paper, "CatMan 2.0: Category Management in the 21st Century." "Now most people are focused on the shopper, and what the shopper is doing in your store or online."

Craig Hodnett, who assisted in CatMan 2.0's development and is principal at research firm Information Resources Inc., adds that CatMan 1.0 included observations, not what we know today as shopper insights.

"Observations tell us what, when, where, how much and to whom. Insights tell us why, focused on a shopper's needs, wants or beliefs," he says. "Retailers and manufacturers know they must build their category plans on insights, not just observations."

And retailers and manufacturers now have an arsenal of insight-gathering tools unlike ever before. Ethnographies and heat maps are just a couple of new vehicles helping to create these insights, Hodnett explains. Biometric research, too, can provide cutting-edge insights not available years ago, even showing the changes in a shopper's heart rate as she scans shelves.

Bringing insights to category management changes the process in three ways: It makes the process deeper, faster and, combining the first two, more complex. According to Hodnett, the added depth comes from focusing the process on the shopper in the store, as opposed to trying to look at the overall consumer experience.

Added depth also covers what goes on outside a store's four walls: According to Hodnett, retailers and manufacturers now are able to quickly determine which categories and shoppers are leaking from their banners and brands to not just other retailers, but also other channels.

With the increased speed, a retailer and manufacturer historically could take two weeks to develop an in-depth line review together, Hodnett states. Now, with the availability of big data, the two parties can collaborate and, in just a couple minutes, create a 30-page analysis complete with a one-page summary using multiple sources of data. Additionally, relational databases can produce thousands of store-level planograms in just one week instead of several months, and pricing can now be targeted at different shopper segmentation groups.

"That, before, was impossible," Hodnett points out.

As for the added complexity, big data is not about having terabytes of data sitting around, says Jimmy Brooks, who also worked on CatMan 2.0 and serves as head of the sales information systems department at McKee Foods. It is about having the ability to combine multiple data sources to create a multidimensional perspective.

"This enables us to make multidimensional decisions, rather than being limited to false conclusions when looking at a single piece of data," he explains. "It is in this multidimensional space that the true insights often occur. [We must move] beyond the category; managing aisles and need states is quickly becoming essential, particularly as we think about the impact of e-commerce."

E-commerce is compelling retailers and manufacturers to sharpen their category management skills, Brooks says. It causes them to rethink the roles that categories and need states play, and what such terms as "destination category" even mean.

"It causes us to broaden our scope from a single outlet to thinking about the interplay categories have across the brick-and-mortar to the digital space," he states.

Hodnett adds that because of retailers' integration of digital, shoppers are empowered like never before, with the power of product, price and convenience at their fingertips. And the rise of the omni-shopper means that the shopping experience must be the same, despite the channel. CatMan 2.0 addresses this.

CatMan 2.0 and the Future

As time goes on, increased online shopping, as well as growth in loyalty program activity and social media usage, will continue feeding more data to retailers and manufacturers.

"And because you have more data, the analytics will arise to help you," Wade says. "And I think we'll see even more personalized, customized marketing on the part of the retailers as they attempt to appeal via pricing differences and promotional differences on a more personalized basis than occurred in the past."

As the years pass, this situation will continue to echo all the way down the supply chain, Wade adds, which will result in the chance to better customize according to the shopper—that is, better customize store assortment and promotional activity. And over time, this will create significant implications for both manufacturers and retailers. 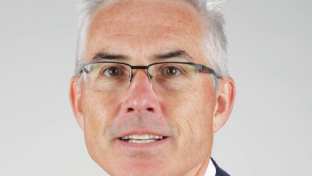 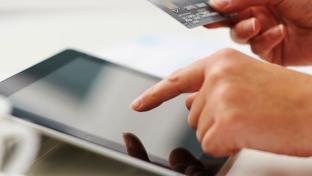 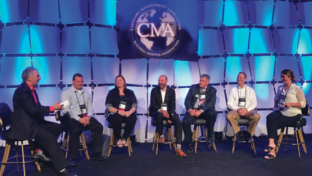 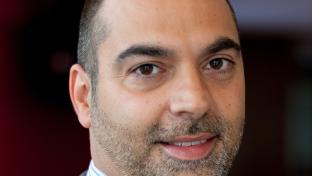 The two cultures of online grocery 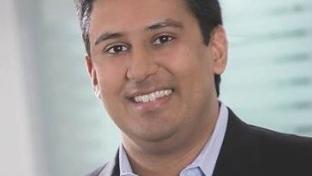