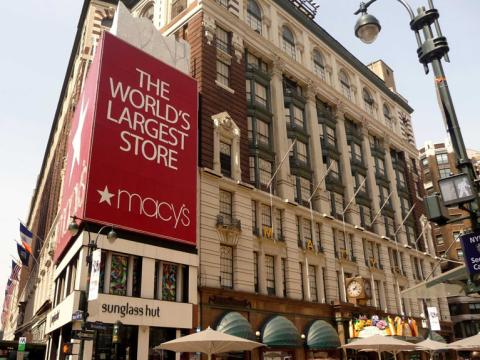 Non-essential retailers such as Macy's began reopening stores in early May and have reported early signs of sales success.

Americans are ready to shop again judging from the reports from three key retailers who have moved to quickly re-open stores forced to close by the outbreak of COVID-19.

TJX Companies, Ross Stores and Macy’s made favorable comments about the sales performance of recently re-opened stores, while conceding many unknowns remain about shopper behavior and spending levels during recent investor updates.

The TJX Companies said it began re-opening stores on May 2 and to date it has re-opened more than 1,600 of its 4,529 stores worldwide. The company operates 3,290 U.S. locations.

“Initial sales overall have been above last year’s sales across all states and countries for the over 1,100 stores that have been reopened for at least a week,” the company said when it released first quarter financial results on May 21. “However, it is still early in the quarter and sales could fluctuate.”

The company expects to continue reopening stores around the world in a phased approach as more states and countries reopen for retail. Based on current guidance from governments, the company believes most of its stores could be re-opened by the end of June.

The closure of stores had a devastating impact on TJX’s first quarter sales which declined to $4.4 billion from $9.3 billion the prior year. The company reported a first quarter loss of $887 million.

“Although it’s still early and the retail environment remains uncertain, we have been encouraged with the very strong sales we have seen with our initial re-openings,” said TJX Companies president and CEO Ernie Herman. “We believe this very strong start speaks to our compelling value proposition and the appeal of our treasure-hunt shopping experience, as well as pent-up demand.”

On May 14, Ross Stores began re-opening stores and by the time the company reported first quarter results on May 21 approximately 700 of its roughly 1,800 stores had re-opened. The company said it expected the remaining stores to re-open in the coming weeks.

Ross Stores began closing its stores on March 20 and the financial consequences of doing so were huge. First quarter sales declined to $1.8 billion from $3.8 billion and given that stores were only open for seven weeks of the 13-week period it didn’t bother to report same store sales.

“Our first quarter results reflect the unprecedented impact the COVID-19 pandemic has had on our business, which led to the closure of all stores and our first quarterly operating loss in more than 30 years,” said Ross Stores CEO Barbara Rentler.

In addition to cash conservation measures such as suspending share repurchases, drawing down its credit facility and issue $2 billion in bonds, the company also suspended its dividend and reduced store openings. TJX Companies took similar actions.

“We look forward to gradually reopening all of our stores fairly soon when we can return to our mission of providing compelling bargains in a safe environment for our associates and customers,” Rentler said. “The reopening of our stores will be largely dependent on guidance from health officials as well as government directives. Given the lack of visibility created by COVID-19 and the unknown extent of the impact the virus will have on consumer demand and store productivity, we are not providing second quarter and 2020 full year sales and earnings guidance.”

Like Ross and TJX Companies, Macy’s began re-opening stores in early May and by Memorial Day weekend it had roughly 270 of its 775 stores open.

“With two weeks of results from reopened stores, customer demand is moderately higher than we anticipated. Customers also responded positively to our Mother’s Day gifting strategy,” Macy’s chairman and CEO Jeff Gennette said on May 21 when he also warned the company could see a first quarter operating loss of more than $1 billion.

“We are closely watching consumer behavior as we reopen more stores, and we remain flexible as we navigate this crisis. We expect business to recover gradually,” Gennette said.