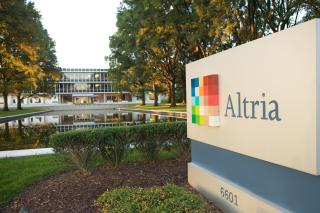 Brands and retailers have stepped up quickly with new commitments amid protests against racial injustice.

Retailers and brands are increasingly making new commitments to racial equity via donations, public statements and a heightened commitments to the cause. That was the case at Altria Group Inc., whose subsidiaries include Philip Morris USA, where the company announced a $5 million donation to “address systemic racism faced by black Americans and (to) advance social and economic equity.”

The money, which the Virginia-based company described as an “initial commitment,” will “be used to support national and local organizations working across the United States and in our operating communities, as well as provide immediate support to small businesses in our communities impacted by recent vandalism. This commitment is incremental to Altria’s planned 2020 corporate giving.”

Recent days have brought similar donations and other offerings from major retailers such as Walmart and Target, along with associated messages from marketing departments and various corporate leaders, including The Kroger Co. CEO.

“These are difficult times, and we must find ways to embrace our differences, address underlying systemic issues and move forward as a country,” said Billy Gifford, Altria’s CEO. “We know we don’t have all the answers, but we will learn by listening to our diverse colleagues, community members and others as we seek progress within our company and the places we call home.”

Altria said that it will make other contributions. That includes what it called “a month-long employee giving campaign which will match on a two-for-one basis all employee donations Recipient organizations will be selected by Unifi, Altria’s Black Employee Resource Group (ERG) and other ERGs.”

The company also said it will organize a company-wide paid “Day of Healing” on Juneteenth (June 19th) “to allow employees time for personal reflection and healing. Altria is also voicing support for removing confederate monuments in its hometown of Richmond, Va., once the Capital of the Confederacy.”