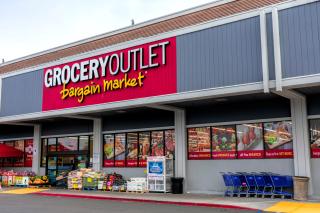 Uber has expanded its partnership with Grocery Outlet and will now offer delivery from the grocer in three additional states.

Consumers in New Jersey, Maryland and Pennsylvania will now be able to order groceries from Grocery Outlet using the Uber Eats app, according to a Nov. 9 release. Grocery Outlet and Uber had previously partnered to offer delivery services in California, Oregon and Washington.

With the three new states added, Uber Eats will now offer delivery from 386 Grocery Outlet stores across the U.S. Delivery is available in cities that include Los Angeles, San Francisco, San Diego, Philadelphia, Seattle, Sacramento, California, and Portland, Oregon The companies first announced their partnership in May.

"By expanding our partnership with Uber, we are able to reach more customers with our assortment of high-quality, name-brand products at industry-leading values,” said RJ Sheedy, president of Grocery Outlet, in the release. “We are excited to extend our treasure hunt experience outside the four walls as we carry out our mission of touching lives for the better and our vision of being the first choice for bargain-minded consumers.”

The grocer opened six new stores in the third quarter of the year, bringing the total number of Grocery Outlet stores in the U.S. to 431 across eight states.

"I'm extremely pleased with the results we delivered and the continued momentum in our business, especially the uptick in transaction count,” said Eric Lindberg, CEO of Grocery Outlet, in the release. “Our value offering is clearly resonating with an increasing number of families looking for ways to stretch their dollar to offset the impact of inflation on their lives.”

Grocers across the industry continue to work to expand their pick-up and delivery options to adapt to consumer behaviors that shifted during the COVID-19 pandemic. Aldi, another popular discount grocer, is working to develop its own in-house shopping platform for online orders, as Retail Leader previously reported. The grocer has long partnered with Instacart to fulfill digital orders. Food Lion also in November said it had expanded its in-store pickup options to 27 additional stores across three states.

"Consumers are looking for savings and quality more than ever these days, which makes the expansion of our partnership with Grocery Outlet an incredibly exciting priority," said Christian Freese, Uber's head of grocery and new verticals in the U.S. and Canada, in the release.