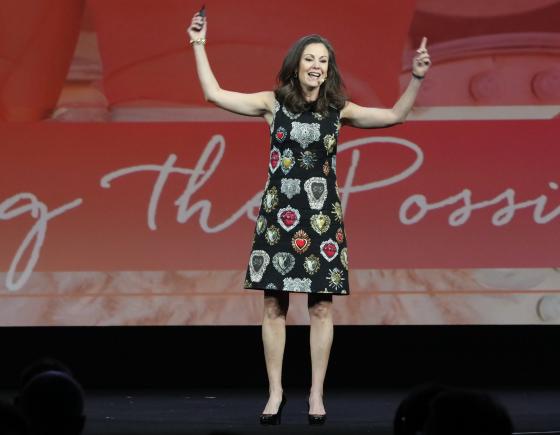 Ulta Beauty CEO Mary Dillon is pumped up about the company's performance heading into the holidays.

Ulta Beauty is one of a handful of retailers still going full bore with store expansion. And why not? The company’s physical locations continue to produce strong same store sales growth even as e-commerce gains momentum at a faster rate while profitability is among the best in retail.

The company’s total sales increased 16.2% to $1.56 billion during the third quarter ended Nov. 2, driven by a combination of new store growth and a 7.8% same store sales increase that came on top of a prior year comp of 10.3%. Two thirds of the comp growth was driven by increased transactions with one third cause by increased ticket size. Profits increased 25.3% to 131.2 million.

Ulta opened 42 new stores during its third quarter, remodeled four others and relocated one unit. So far this year, Ulta has opened 105 net new stores, which combined with a new distribution center in Fresno, Calif., caused total inventories to increase even though average inventory per store was flat.

Looking ahead, Ulta expects a happy holiday season with total quarterly sales topping $2 billion, a same store sales increase in the range of 7% to 8%, inclusive of e-commerce growth.