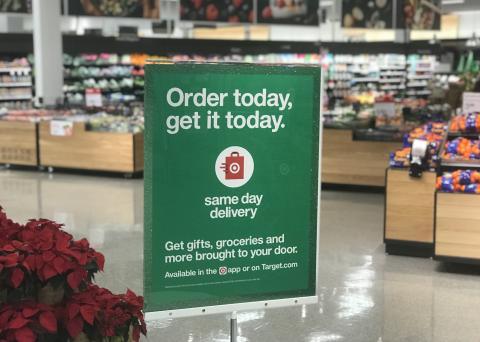 Retail sales in November were better than last year, but not as good as last month, according to U.S. Census Bureau data, that highlights an unusual seasonal sales cadence caused by COVID-19 and a pull forward of demand due to online promotions in October.

November retail sales dipped from the prior month, but were up 8.8% compared to the prior year, marking the sixth consecutive monthly year-over-year gain, according to Census Bureau data. The National Retail Federation’s (NRF) assessment of the situation is that it sets the stage for a healthy holiday shopping season despite the pandemic.

“Consumers held back on spending in November as virus rates spiked, states imposed retail restrictions and congressional stimulus discussions were gridlocked,” NRF president and CEO Matthew Shay said. “While consumers have been bolstered by increases in disposable income and savings, it’s clear that additional fiscal stimulus from Congress is needed and we are hopeful it will be passed soon as we enter the final stretch of the holiday season.”

NRF’s chief economist, Jack Kleinhenz said the month-over-month decline from October wasn’t surprising because some spending was pulled forward into October by campaigns encouraging consumers to shop early and shop safe. He did not specifically mention Amazon’s Prime Day promotion, but it fell in October after being delayed from July and numerous competitors ran their own promotional campaigns.

“Despite that, as we go into the final weeks of 2020, year-over-year trends show spending is holding up well regardless of month-to-month fluctuations. Nonetheless, we have to remember the remainder of the holiday season depends critically on the virus. We are optimistic, but spending could shift into a lower gear if the virus continues to spread,” Kleinhenz said.

NRF has forecast that holiday sales will increase between 3.6% and 5.2% compared to 2019 to a total between $755.3 billion and $766.7 billion. While NRF defines the holiday season as November 1 through December 31, the trade group’s research also showed that 42% of consumers started holiday shopping sooner than usual this year. On average, consumers had about half their holiday shopping left to do as of Thanksgiving weekend.

Specifics from key retail sectors during November include:

Monthly numbers fluctuate even when adjusted for seasonal variations, making year-over-year comparisons a better indication of long-term trends, according to NRF. On a year-over-year basis, retail sales have increased each month since May under NRF’s calculation and since June under the Census Bureau calculation. Retail sales during the first 11 months of the year were up 6.6 percent, according to NRF’s calculation.