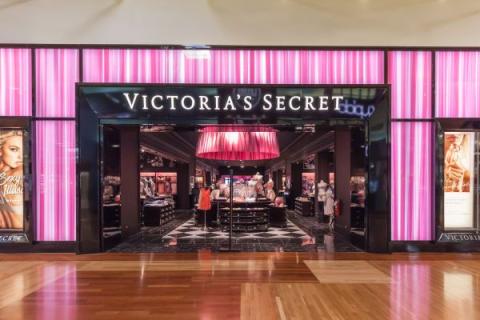 The brand’s new direction includes a new group of ambassadors and direction filled with altruism. It comes after Victoria’s Secret pulled the plug on its annual fashion show in 2019 as the brand sought to relaunch its marketing strategy, following years of declining viewership.

As Victoria’s Secret embraces a new image, it’s clear that brands need to adapt to changing consumer tastes and expectations sooner rather than later. With its new initiatives, the lingerie brand is taking note that consumers want to shop with brands that give back and engage with communities to improve a number of global issues, such as climate change, health or equality.

The rebrand comes after the lingerie brand’s parent company, L Brands, opted to spin off Victoria’s Secret last month. The brand has suffered from declining sales for the past few years in part because the company refused to change its image, allowing competitors to capitalize on the emerging body positivity trend with more inclusive and comfortable intimate apparel. L Brands was also plagued by allegations of a misogynistic culture that ultimately led to CEO Les Wexner stepping down in 2020.

The intimates brands announced two new partnerships, The VS Collective and The Victoria's Secret Global Fund for Women's Cancers, designed to improve the lives of women.

"At Victoria's Secret, we are on an incredible journey to become the world's leading advocate for women," Martin Waters, CEO, said in a statement announcing the new initiatives. "This is a dramatic shift for our brand, and it's a shift that we embrace from our core. These new initiatives are just the beginning. We are energized and humbled by the work ahead of us." 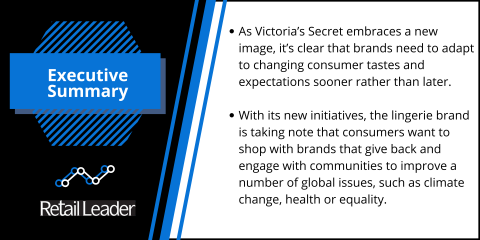 "I am humbled to join this group of incredible women to drive change within the Victoria's Secret brand and beyond,” Rapinoa said in a statement. “So often I felt myself on the outside looking in with brands in the beauty and fashion industry, and I'm thrilled to be creating a space that sees the true spectrum of ALL women. I believe in the power of authenticity and community and am excited to show what can be done through The VS Collective."

The Victoria's Secret Global Fund for Women's Cancers focuses on its mission of “being a champion for all women” alongside its partner, Pelotonia. The initiative will fund research aimed at progressing treatments and cures for women’s cancers. Victoria’s Secret has pledged at least $5 million annually to address racial and gender inequities with annual grants to individuals or research teams. Designer Stella McCartney will also lead the brand’s Breast Cancer Awareness month in October.