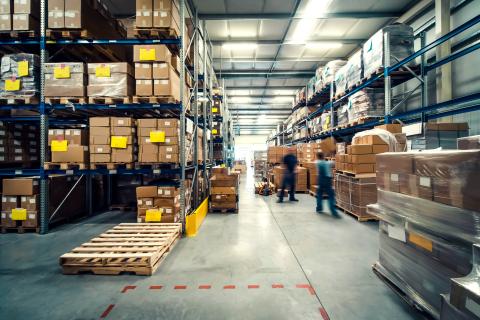 With the holiday season approaching, the closures, along with other supply chain disruptions, are giving retailers a major headache, The New York Times reported.

A surge of COVID-19 cases in Vietnam has forced factories to close or operate at reduced capacity, leaving retailers like Everlane scrambling for products to stock its shelves. Vietnam is the second-largest apparel and footwear supplier to the U.S., after China. The nation fared well during the first part of the pandemic, but the Delta variant has created havoc, the NYT reported.

Everlane has reported delays for products between four and eight weeks, while Nike has similarly felt delays up to 10 weeks. Factories began shutting down in July, with plans to reopen in October, putting pressure on the upcoming demand of the holiday shopping season.

“This year in the U.S., everybody wants to go shopping,” Jason Chen, chairman and founder of garment factory Singtex, told the NYT. “Some goods cannot be delivered in the right time. So it really will affect the holiday.”

Just as the temporary blockade in the Suez Canal earlier this year highlighted the dependency on the tiny shipping channel, Vietnam’s struggles with the virus are bringing to light the key role the country plays in American consumerism. Nike contracts 51% of its manufacturing in Vietnam, while Lululemon and Gap, which includes Old Navy, also are highly dependent on Vietnamese factories for their products. Everlane told the NYT that 40% of its wares come from Vietnam.

In addition to bringing to light the fragile dependency of U.S. consumers, Vietnam’s shutdowns reveal the inequality of COVID-19 vaccine access. Just 2.2% of the country’s population was fully vaccinated at the beginning of September, compared to more than 55% in the U.S.

With the supply chain vulnerabilities in full display, some retailers are making investments to reduce dependency on foreign manufacturers or transportation providers. Warehouse retailer Costco, which recently reported $60 billion in revenue for the first time during its most recent quarterly earnings, has begun chartering its own shipping vessels and leasing containers to ship its products to stock its stores. In addition to cost, taxes and labor force, more retailers are likely to consider public health as a major factor in where they invest abroad in the future.