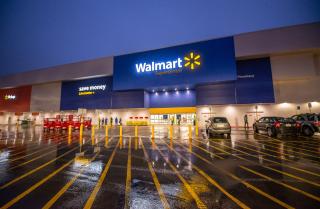 Walmart Canada in October opened a new store in Edmonton, Alberta the retailer’s first new store in the province in seven years.

The new store, located at the Kingsway Mall in Edmonton, will replace the existing Edmonton Westmount Walmart store, the company said in a release. The store is more than a third larger than the location it’s replacing, and it features some new offerings, including grocery pickup and delivery, the release said.

The new store represents a $10 million commitment to the Edmonton community, the company said.

“We are bringing the best of Walmart Canada to Kingsway Mall,” said Derreck Cuschieri, vice president of operations for western Canada at Walmart Canada, in the release. “This new location has more space, more products, more services and more options for our customers. Kingsway’s close proximity to downtown Edmonton will help more people save money so they can live better. We’re proud to be investing for growth in Edmonton while creating jobs for the community.”

The store will sell Canadian produce and meat, and it will include a bakery and a new international food section that offers Asian, Indian, Middle Eastern, Italian and Portuguese foods, according to Walmart Canada.

The Edmonton store will also include built-in sustainability features, like a heating system that will reclaim rejected energy from its CO2 refrigeration system. Additionally, the building will have advanced automation for lighting and HVAC controls, LED lighting and low-flow fixtures, the release said.

The new 149,000-square-foot store is part of Walmart Canada’s pledge to invest $1 billion in its nationwide infrastructure this year. In a September release, the Canadian subsidiary of Walmart said the investment included a high-tech fulfillment facility near Montreal that would improve the shopping experience for omnichannel customers. The retailer also said it planned to upgrade and renovate a record number of locations in the country over the course of the year.

Walmart Canada also in September said it would deploy artificial intelligence (AI) camera technology provided by Focal Systems to all of its stores in the country. The technology uses cameras to more accurately and quickly identify when a product is out of stock, which it said would benefit its in-store and online shoppers, Retail Leader reported.