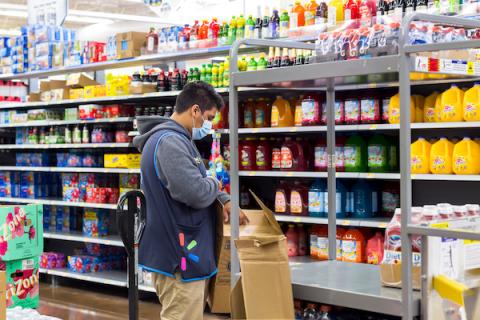 The performance-based bonuses have been part of Walmart’s compensation structure for years, reported The Wall Street Journal, which first broke the news. Instead, the world’s largest private employer has increased wages for 565,000 store workers in the last few weeks.

The bonus benefit, known as MyShare, will terminate at the end of the company’s fiscal year Jan. 31, 2022. The change will help associates with the knowledge of consistent pay, Walmart told WSJ.

“We are rolling MyShare into associates’ base pay going forward,” reads a Walmart memo announcing the change, WSJ reported.

The wage hikes come as the retail industry has faced a labor shortage. As jobs came back when stores reopened after temporarily closing their doors to adhere to COVID-19 restrictions, retailers have had difficulty filling open roles. This has led many major retailers to increase wages, expand benefits and add other incentives to entice workers back.

Walmart added weekly bonuses for warehouse workers in August ahead of the holiday season. And the retailer increased its starting wage from $11 per hour to $12 just last week. Also this summer, Walmart expanded education benefits to cover tuition and textbook costs for certain education programs up to a certain amount.

However, even after the higher wages, Walmart’s starting wage will still be lower than some of its top competitors, including Amazon and Target, the WSJ noted. Target and Amazon both offer a $15 per hour starting wage. Walmart’s warehouse workers all make at least $15 per hour, a spokesperson told the WSJ.