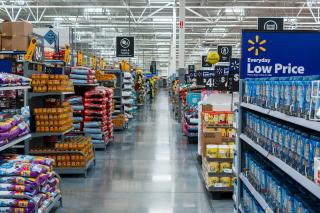 Walmart this week launched a new creator hub as the retailer looks to bolster its partnerships with social-media influencers ahead of the holiday shopping season.

The company in an Oct. 18 release said the new program, Walmart Creator, is a portal that will allow content creators to monetize products from Walmart.

Creators who sign up to use the portal can access its “tens of thousands” of items and advertise them on their platforms. They will earn a commission on any items sold through their referral links, which can be shared on any social platform or group through the hub, according to the release.

The influencers who use Walmart Creator will also be able to get product recommendations based on their interests and will be able to collect data that Walmart said will help them grow their following. Influencers can use the hub to create content stories for their social-media platforms and generate affiliate links to share with their followers.

They can also see data about how their followers interacted with the affiliate links they shared to better understand what their audience is interested in. Creators can also use the hub to apply to be part of upcoming Walmart brand campaigns, the retailer said.

“We know our customers are inspired by the content and stories they see from their favorite influencers in their social feeds every day,” said William White, chief marketing officer at Walmart U.S., in the release. “This next step in our strategy will help fuel inspiration for our customers by connecting their favorite creators directly with our brand and the brands they love at Walmart.”

Walmart in the release said it chose to launch the hub in beta form ahead of the holiday shopping season to allow creators the opportunity to earn revenue and try out the platform before it launches officially next year. At launch, creators can apply for access to the program to gain access during the beta period.