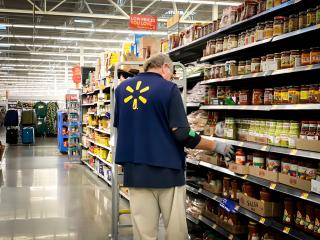 Walmart will raise the minimum wage it pays to its store associates from $12 an hour to $14 an hour by March, the retailer confirmed to Retail Leader.

The retailer made the announcement in a Jan. 24 note to employees from Walmart U.S. President and CEO John Furner, who wrote that the change would bring the retailer’s average pay to more than $17.50 an hour. Furner said the increase comes from its associates’ regular annual increases and “targeted investments” in starting rates across thousands of its stores.

A Walmart spokesperson confirmed that the minimum wage for Walmart employees would be raised to between $14 and $19 an hour, depending on the store’s location.

Walmart is the nation’s largest private employer, employing more than 2.3 million people in the U.S. last year, according to data from Statista. Walmart operates more than 5,320 stores across the country, including 3,527 Walmart Supercenter stores.

“We’re proud to continue investing in Walmart’s legacy by introducing new job opportunities and raising pay,” Furner wrote to employees. “No matter where you are in your journey, getting your start here can open doors – the first step into jobs that become careers and build better lives.”

In addition to wage increases, Furner said the retailer would invest in other opportunities for employees. The retailer is creating a higher-paid team leader position in its Auto Care Centers (ACC). The move follow’s Walmart’s decision last year to create another new position in its ACCs — a “coach” role.

Furner also said Walmart would add new college degrees and certificates to its Live Better U (LBU) education program, which offers employees the opportunity to earn a college degree or trade skills from select institutions for no cost to them. The program previously cost employees $1 per day, though the retailer removed that fee in 2021 when it announced a $1 billion, five year investment in career-driven development and training.

“These new options are focused on where our business is headed and will equip associates with skills to unlock new career opportunities,” Furner said. “Both part-time and full-time associates can participate in LBU on their first day, and we’ll pay 100% of the tuition and fees.”