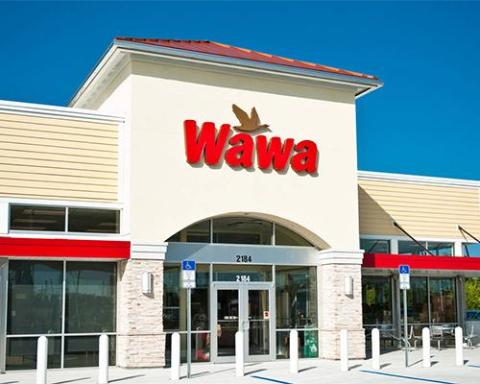 The chain plans to roughly double its retail footprint within the next decade, according to the Philadelphia Business Journal. Wawa currently operates 965 stores throughout Pennsylvania, New Jersey, Delaware, Maryland, Virginia, Florida and Washington, D.C. The retailer plans to have 1,800 stores by 2030, ramping up to open 100 new stores per year in existing markets and new states. That’s up from the company’s current new store opening rate between 40 and 50 new locations per year. In particular, Wawa is looking to fill in the regions between Florida and Virginia along the I-95 highway.

Wawa recently announced its plans to grow in the Florida panhandle and South Alabama. The company is currently looking into potential sites for new stores in the Florida markets of Pensacola, Panama City, and Tallahassee, as well as Mobile, Alabama. In total, Wawa plans to open 40 stores in these regions, with the first locations opening in 2024. The company first opened its doors in Florida 10 years ago and will open its 250th location in the state later this year. Wawa has 10,000 employees in Florida alone.

Across its total established area for expansion, Wawa already has 300 sites under control, the Business Journal reported. The new locations will be a mix of store formats. Wawa offers traditional stores at neighborhood locations with accessibility off of prime roads in addition to non-traditional stores that are potential travel center stores positioned off of highways.

The mix of store opportunities is still being explored, with Wawa also thinking about tapping into the electric vehicle infrastructure market. Already, Wawa is the No. 1 partner in North America for Tesla with the 675 Tesla superchargers at 82 locations. As electric vehicles continue to see more demand, Wawa could expand its charging stations at its upcoming non-traditional locations. The retailer currently offers electric charging at 90 store locations with 705 charging positions, including universal chargers with CCS (combined charging system) and CHAdeMO (fast charge) adapters.

In addition to the traditional and non-traditional locations along highway I-95, Wawa will add standalone drive-thru store formats, with Pennsylvania gaining two drive-thru locations this year. More are scheduled to open in Florida in 2023. Wawa first introduced the standalone drive-thru format during the COVID-19 pandemic as consumers turned away from in-store experiences, and the retailer has been able to use drive-thrus as testing grounds to gauge customer demand for the format. These locations are slightly scaled down compared to other Wawa store formats.