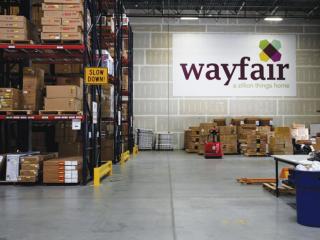 Wayfair will cut 1,750 positions — about 10% of its total workforce, the retailer confirmed on Friday.

According to Bloomberg, which first reported the news, Wayfair confirmed the layoffs on Jan. 20, and it said the cuts would impact about 18% of its corporate employees. It’s the latest move in the online furniture retailer’s plan to cut costs, which involved a previous round of cuts of around 870 positions last year.

“Although difficult, these are important decisions to get back to our 20-year roots as a focused, lean company premised on high ambitions and great execution,” Wayfair’s CEO Niraj Shah said in a statement, according to the report. “In hindsight, similar to our technology peers, we scaled our spend too quickly over the last few years.”

With the cuts, the retailer in total hopes to save more than $1.4 billion in costs each year. Wayfair is expecting the cost-cutting measures to help it break even on its unadjusted earnings this year, according to the Bloomberg report.

With the layoffs, Wayfair joins the growing list of tech companies and retailers that have recently trimmed staff. Major technology companies including Twitter, Meta, Microsoft and Alphabet have all eliminated thousands of positions. Alphabet, Google’s parent company, announced Jan. 20 that it’d cut 12,000 positions. Microsoft also this week announced it would cut about 10,000 workers.

Amazon, which long staved off layoffs, plans to eliminate more than 18,000 positions in cuts that started last year. Subscription box apparel retailer Stitch Fix also announced this month that it cut about 20% of its remaining salaried workforce following its decision to lay off 15% of its salaried workforce last summer. Saks Fifth Avenue is also gearing up for layoffs on its digital business, Saks.com, according to The Wall Street Journal, which reported the retailer plans to cut about 3.5% of its workforce.

The growing layoff trend comes as continued economic uncertainty impacts consumers amid record inflation and hiked interest rates. Companies like Wayfair, Stitch Fix and Amazon — among other e-commerce brands — saw rapid and substantial growth during the COVID-19 pandemic, but as restrictions and fears related to the disease have subsided, they’ve struggled to maintain that growth and momentum.