Groceryshop founder Anil Aggarwal on stage at the second annual event in Las Vegas on Sept. 15.

Words of wisdom heard at Groceryshop

There are two things abundantly clear about the future of food retailing. There has never been more certainty that the forces of disruption will intensify nor has there been less clarity around the most impactful sources and new possibilities. This was true before 3,000 people descended on Las Vegas last week for the Groceryshop conference and it’s even truer after attendees digest insights from three days in the desert.

In only its second year, Groceryshop presents the industry with an opportunity to discover innovation, find inspiration and gain perspective on the cumulative changes and try to make sense of what it all means. For Groceryshop founder Anil Aggarrwal it means a new era has arrived where the effect of multiple changes will be exponential and require new approaches to how companies plan, implement and operate. Change is driving wholesale disruption at the head of the demand curve, where the industry operates at scale and derives the greatest amount of revenue and bottom line profitability, according to Aggarwal.

“What we’ve done in the past to get to where we are now, no longer gets us to where we need to go,” Aggarwal said. “The single biggest adjustment is to move away from the linear thinking that starts from where we are today and projects forward, and instead, to think in disruptive terms backwards from what consumers want and need.”

That’s easier said than done for an industry accustomed to incrementality, but Aggarwal contends innovation has never been easier. “There is unprecedented access to information and talent, consumers can now be readily engaged as part of an iterative product development process and Wall Street is ready to reward investment, risk and innovation.”

If attendees at Groceryshop came away with only one nugget of insight about how to think about the future, it would be Aggarwal’s closing comment. “It’s now less about what you already know and more about the quality of the questions you ask, enabling inspired and empowered individuals to readily create the future.”

The future of food

Groceryshop consumed all of the industry’s oxygen last week, but earlier in September at The Good Food Conference is where plant-based innovators were finding the way forward. The Good Food Institute held the event Sept. 4-6 in San Francisco and to help spread the word about the plant-based movement posted videos of all the sessions (including one featuring Kroger’s head of own brands Gil Phipps) on its web site. Phipps used the venue to announced extensive plant-based additions to Kroger’s Simple Truth own brand.

Not to be outdone, Albertsons this week added to its 11,000 items own brands portfolio with 55 new items, including a new “Certified Plant-Based,” seal of approval in conjunction with the Plant Based Foods Association (PBFA). “It's exciting to work with Albertsons Cos. in bringing the first products to market that are both USDA-certified organic and Certified Plant Based," said PBFA Senior Director of Retail Partnerships Julie Emmett.

Plant-based meal alternatives are a $4.5 billion industry in the United States, with 31% growth since 2017, according to Albertsons. In addition, 39% of the general population says they want to eat more vegetables and 29% identify as flexitarian.

The dairy and cattle industries will collapse by 2030 due to the rise of manufactured proteins, according to a new report with a really long title from RethinkX, a think tank that analyzes and forecasts the speed and scale of technology driven disruption and its implications across society. In the firm’s new report, “Rethinking Food and Agriculture 2020-2030 – The Second Domestication of Plants and Animals, the Disruption of the Cow, and the Collapse of Industrial Livestock Farming,” the case is made for a world without meat.

“The fastest, deepest, most consequential disruption of food and agriculture in history, driven by technology and new business models, is underway,” according to RethinkX. “By 2030, modern food products will be higher quality and cost less than half the price of the animal- derived foods they replace, the dairy and cattle industries will have collapsed, and the rest of the livestock industry will follow.”

Instead of meat, manufactured proteins will benefit from technology called precision fermentation and a production model called “Food-as-Software” that will drive down the costs and improve the quality, according to the report.

Don’t dismiss the RethinkX report as lunacy. Food trends can gather momentum quickly which is why there is such investor enthusiasm behind Beyond Meat, a company whose sales increased 287% to $67.3 million during the second quarter ended June 29. That’s a fraction of the U.S. meat market the company values at $270 billion. To continuing scaling, Beyond Meat just hired former Tesla and Amazon executive Sanjay Shah to serve as COO. Shah was SVP of energy operations at Tesla for roughly a year but prior to that he spent seven years at Amazon, last serving as VP of North American Fulfillment Centers.

Other Retail Leaders on the Move

Ulta Beauty named Mike Smith, president and COO of Stitch Fix, to its board. Smith also previously served as COO at Walmart.com and is on the board of Herman Miller.

Another former Walmart executive, Michelle Gloeckler, will join the board of BJ’s Wholesale Club. She most recently served as chief merchant at Academy Sports & Outdoors and prior to that held merchandising roles with Walmart. BJ’s also said former investment banker Maile Clark joined its board. The additions comes as Nishad Chande, Kristofer Galashan and Lars Haegg step down from the board, as the company has completed the transition to a fully independent public company from private-equity ownership.

The Café X coffee concept, known for its robot baristas, named a new COO ahead of plans to expand to airports and enter new markets, including New York, next year. The company, which only has three units in San Francisco, said Young Han would serves as COO. He was previously with Limelight Health, Philz Coffee and Starbucks.

The president and CEO of Walmart is not running for president, however Doug McMillon did just accept a role guaranteeing the voice of the top executive at the world’s largest company will be heard during the campaign. McMillon was elected to serve a two-year term as chairman of the Business Roundtable, succeeding Jamie Dimon, chairman and CEO of JPMorgan Chase & Co., who served a three-year term. McMillon joined the organization of CEO’s in 2014 and will begin his duties as chairman on Jan. 1, 2020, or right about the time the presidential campaign and attacks on business from candidates with socialist tendencies really heat up.

“In the coming months, there will be extensive conversations about America’s future and the role business plays in shaping it. As Chairman, I commit to keeping Business Roundtable CEOs at the forefront of constructive public policy debates as we pursue an agenda of greater growth and opportunity for all Americans.”

Now the environment matters to Amazon

In the spirit of the recent Emmy Awards, the 2019 “Climate Grandstander of the Year” award goes to Jeff Bezos. He founded a business that consumes enormous resources and fossil fuels to satisfy American’s desire for inexpensive products delivered quickly. Now, he has taken “The Climate Pledge,” created by Amazon and the group Global Optimism which states companies will achieve net zero carbon a decade prior to the Paris Accord’s 2050 goal.

“We’re done being in the middle of the herd on this issue—we’ve decided to use our size and scale to make a difference,” said Jeff Bezos, Amazon founder and CEO. “If a company with as much physical infrastructure as Amazon—which delivers more than 10 billion items a year—can meet the Paris Agreement 10 years early, then any company can.”

One way Amazon plans to reduce its fulfillment foot print is with electric vehicles. It ordered 100,000 electric delivery vehicles from Rivian and expects the vehicles to make deliveries beginning in 2021 with 10,000 of the vehicles on roads by 2022 and all 100,000 by 2030.

And in other innovation, the future of drone deliveries may be determined by the roughly 20,000 residents of Christianburg, WV. That’s where Walgreens and Alphabet’s Wing Aviation unit will begin drone deliveries of a limited assortment of 100 non-prescription products. Ahead of the launch, an awareness campaign is planned that includes drone delivery demonstrations. Walgreens said it is the first U.S. retailer to offer an on-demand commercial drone delivery option.

A small town in West Virginia will be remembered as the birthplace of drone delivery decades from now when the fulfillment method is commonplace.

In Case you Missed it

Deloitte continues its holiday tradition of being among the first to release a forecast of holiday season growth, predicting a 4.5% increase this year. That’s a safe bet considering the relative health of the economy and important variables such as low fuel costs and unemployment. The fact that Thanksgiving falls very late this year (Nov. 28) and compresses the traditional holiday selling season won’t be a factor the way it would have a decade ago. That’s because holiday promotions start in early November and e-commerce has diminished the importance of the traditional timeframe.

A major product reformulation initiative is underway at Ahold Delhaize USA which is banning or restricting the use of certain chemicals.

“Consumers indicate they want more transparent products for their families, made with ingredients they can feel good about. We’re pleased to launch this new commitment, which will bring more sustainable options, free from unwanted ingredients, to neighborhood grocery stores,” said Brittni Furrow, VP of Sustainable Retailing and Healthy Living for Ahold Delhaize USA. Prior to her assuming her current role in early 2018, Furrow spent six years with Walmart as senior director of sustainability for the global food business.

“Sustainable chemistry is a complex and evolving topic, but one that Ahold Delhaize USA and its companies are committed to addressing in collaboration with others in the best interest of consumers.”

How tight is the labor market? It’s so tight that Smithfield Foods has launched an apprenticeship program that promises participants free college tuition, salary and benefits as they progress through the program. The $15 billion global food company is looking to develop the next generation of skilled tradespeople with a program that provides internal candidates, high school graduates and military veterans with hands-on engineering and mechanic training while earning their associate degree. Smithfield launched the program at Wayne Community College in Goldsboro, North Carolina, and plans to expand the initiative nationwide by partnering with colleges near Smithfield facilities.

Only five retailers made Fortune’s list of the 75 Best Large Workplaces for Women and none made the list of the 25 Best Small and Medium Workplaces for Women. Included on the large company list were Wegmans(3), Publix(11), Burlington Stores(39), Sheetz(58) and Cumberland(73). What is wrong with the retail industry? Maybe not as much as the industry's poor showing suggests. Only those companies who allow Fortune’s research partner, Great Place To Work, are eligible for inclusion on the list.

And in fake milk news

The California Milk Processor Board (CMPB), creator of the iconic got milk? campaign, has teamed up with comedy video website Funny or Die, to draw attention to fake milk news. The groups released “the Mooer Report,” a spoof on the Mueller Report. The video is rich with satire. 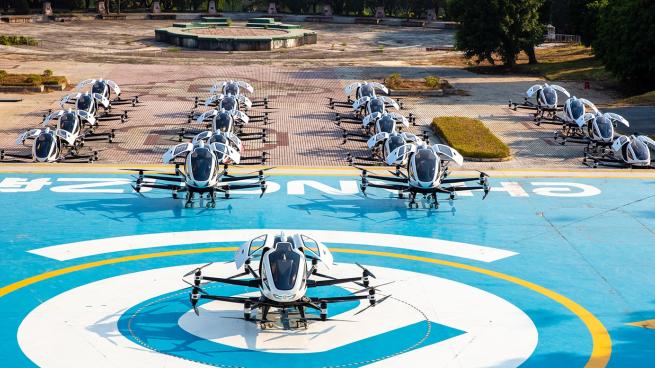 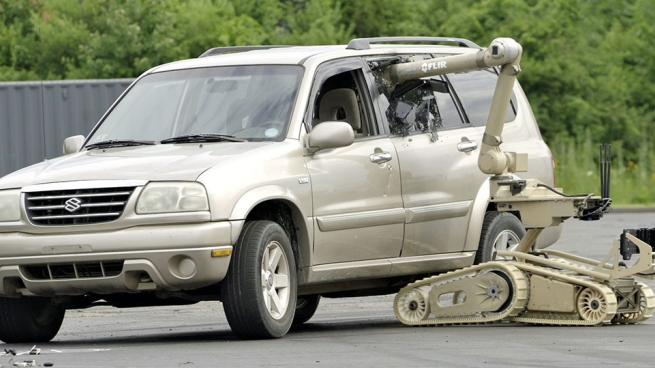 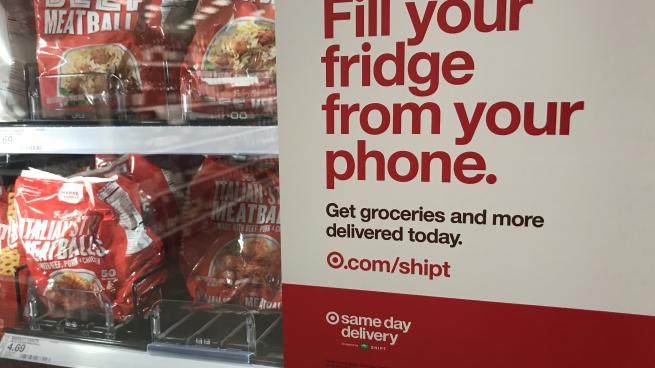 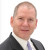 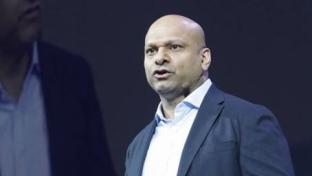 Fewer SKUs at BJs, Target rolls and bad news for brands
This week in retail (Sept. 30)