What Makes an Idea Stick

What Makes an Idea Stick

Squeezable yogurt is practically omnipresent in supermarket dairy cases today. Yet the squishy tubes that make spoonless yogurt consumption possible, and cost more per ounce than yogurt in a tub, didn't exist until 1999.

"When General Mills launched Go-GURT by re-positioning yogurt as a healthy, 'on-the-go' snack for kids and created a tube as the delivery system, it changed the category forever," says Jonathan Finer, chief innovation officer of Cloverleaf Innovation LLC, an innovation consultancy based in Evanston, Ill. "While it ultimately became ubiquitous in the category, with both competitors and manufacturers knocking off the concept, it truly changed moms' purchasing behaviors and kids' eating behaviors forever."

Go-GURT is just one example of a product born of a "sticky idea"–an idea that survived the rocky road from concept to completion, and ultimately became a category driver after its retail rollout.

Just how does an idea engender enough recognition to make it "stick"?

The answer can be complicated, especially considering how unlikely the chance an idea will see the light of day.

"In reality we all suffer from a bias against creative ideas," says David Burkus, assistant professor of management at the College of Business at Oral Roberts University, and founder and host of LDRLB (pronounced "leader lab"), a podcast that shares insights from research on leadership, innovation and strategy. "For an idea to be creative, it has to be new and useful. However, our minds have a bias for the status quo."

"It's important for executives to challenge themselves and their team with the question, 'What's the potential cost of not moving forward?'" he stresses. "While successful innovation is about informed risk-taking, not moving forward has its own risk. Have you missed an opportunity to show your constituents–the employees, the c-suite, board of directors, shareholders, even retailers–your true commitment to innovation? Have you left a vacuum in the marketplace for your competitors?"

"Consumers are fickle, and trends are fleeting. If you aim for today with your innovation efforts, you'll likely hit yesterday," he cautions.

While Finer admits the odds are stacked against new product innovations thriving in the marketplace, he cites ways to improve the chance that an idea will "stick."

First, maintain a future focus. "Using insights designed specifically for the innovation process, and involving futurists, category experts and 'ahead of the curve' consumers, is essential to anticipating market needs and generating the insights necessary to long-term product success," he says.

Second, create excitement throughout the supply chain. "New ideas that simply get 'handed down' from marketing or innovation teams may be met with skepticism or resistance," Finer explains. "Including [representatives from] manufacturing, distribution, sales, legal–even the retailer–helps build broader pride of ownership and buy-in, which in turn creates more interest throughout the supply chain and increased chance of effective sell-in and sell-through."

Finally, remember an idea alone is never enough. "A successful commercialization process–moving from idea to marketplace–is as important as the strength of the concept itself," Finer says. "Creating a comprehensive innovation strategy that considers everything from design, to messaging, to engaging the supply chain, to next generation concepts is paramount to ongoing success."

While there is no surefire formula to make an idea stick, industry experts have identified several characteristics that give an idea traction.

Generally speaking, ideas and products that have a significant advantage over the current offering are those with staying power–but only if that advantage is easy to see, Burkus says.

"Most of us aren't willing to risk trying a new idea until we can see others have tried it, and it really does have that advantage," he explains. "It is what [the late sociologist] Everett Rogers described as the diffusion of innovation: A small percentage of people try out new ideas, the rest wait to see other groups experiment first before deciding."

That theory was popularized in Rogers' "Diffusion of Innovations," first published in 1962, where he identified five characteristics that influence the decision to adopt or reject new ideas:

"It had a significant advantage over the traditional mop because it was disposable–instead of moving dirt around, it grabbed it with the cleaning pad, which could then be thrown away. It was fairly compatible with the existing method–it wasn't a drastically new way to clean floors, just a new way to mop. It was simpler than the existing technology. And most important, it was easy to try and even easier to see the results," he says. "You might not have been one of the first to buy a Swiffer, but odds are someone else tried it before you and let you know just how well it worked."

In their best-selling 2007 book, "Made to Stick: Why Some Ideas Survive and Others Die," authors Chip and Dan Heath compiled a list of six traits similar to those Rogers had identified. The principles "sticky ideas" share, they posited, include:

There is, of course, no guarantee that an idea–no matter how "sticky"–will succeed in today's uber-competitive retail landscape. As Finer notes, "Marketplace dynamics are so volatile, with a constant infusion of new products, changing consumer behavior and retailer demands, that trying to project long-term success for a single one-off concept is increasingly difficult."

But developing the ability to recognize characteristics that successful ideas historically have possessed will increase the odds of a profitable outcome.

"Take a look at your favorite successful new product in the marketplace. Most likely it's an innovative product that fits an unarticulated consumer need but most likely has a complete story built around the product as well. Perhaps it has an intriguing name, a creative package structure, a well-designed brand identity or merchandising display. These elements help distinguish the product and help it become successful–especially post-launch when word-of-mouth and 'stickiness' are most critical," Finer concludes. 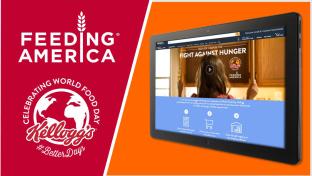 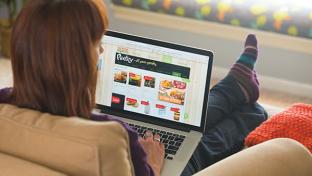 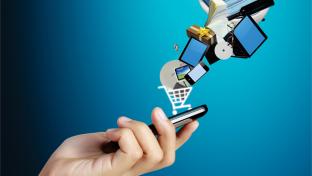 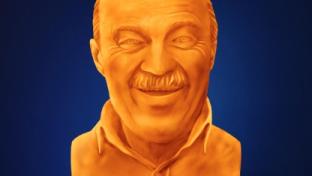 Technology and Innovation
Last chance to be cheesy with Kraft 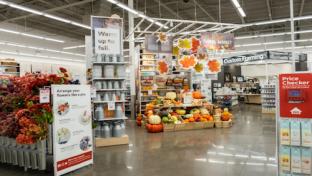