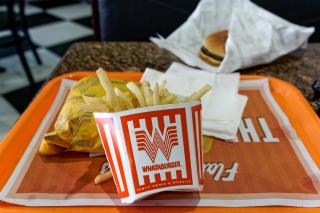 Whataburger, Wawa and Bob’s Furniture are the top three brands to watch in the new year, according to the location intelligence company Placer.ai.

According to Placer.ai, quick-service restaurants (QSRs or fast-food restaurants) including In-N-Out Burger, Culver’s and Cook Out were standouts last year, all increasing their respective visitation shares. Whataburger, the Texas-based burger chain, is similarly poised for success in 2023, according to Placer.ai’s predictions. The location intelligence service says the fast-food restaurant’s new store openings often draw long lines from its ardent fans, and it has greatly expanded its footprint in recent years, opening 95 locations since 2019. Whataburger saw a significant increase in foot traffic between 2019 and 2022, which Placer.ai says is in part likely due to its restaurants being open 24 hours a day compared to competitors shrinking hours since the COVID-19 pandemic.

Wawa, the convenience store and gas station headquartered in Pennsylvania, took the second spot among businesses to watch in 2023. According to Placer.ai, Wawa has recently seen increased foot traffic and growth in average per venue visits. The chain is in the process of expanding from the seven states it currently serves, and it plans to open new stores in Tennessee, Indiana, Kentucky and Ohio to have 1,800 total stores by 2030. In addition to its popular food offerings, Wawa also has a loyal following, which Placer.ai says makes it notable in the year ahead.

Bob’s Discount Furniture — the third business to watch on the list — has held on to gains made during the height of the COVID-19 pandemic when consumers looked to spruce up their homes, according to Placer.ai. While overall visits to furniture stores fell 16.1% and 22.2% in October and November last year compared to 2019, visits to Bob’s Discount Furniture grew 27.6% in October and 13.4% compared to their 2019 numbers. Placer.ai predicted that Bob’s Discount Furniture’s store placements in areas with lower home values could be a good strategy, because homeowners might opt to refurbish their existing homes rather than purchase a new home amid high home prices.

The burger chain, convenience store and discount furniture retailer are joined in the top five by the food and entertainment venue Dave & Busters, which last year acquired its rival Main Event Entertainment, and Hibbett Sports, the sporting goods retailer that has seen increased foot traffic and focuses on opening stores away from competitors often in rural markets, according to Placer.ai.

Other brands and retailers in the top 10 include: