What's in a Label?

What's in a Label?

What's "green" or "natural" to a food company isn't always green or natural to consumers.

In an effort to lure health- and environmentally conscious consumers who want to know what's in the products they purchase, a growing number of food and CPG manufacturers

are adding nutritional and green labels to their packages. Retailers also are jumping on the bandwagon by adopting rating programs to make it easier for shoppers to select better-for-you or eco-friendly products.

"It's driven by consumer demand. It's also driven by the corporate proliferation of these [labels] as a marketing tool," says Jennifer Kaplan, founder of Greenhance in Berkeley, Calif. "Marketers have realized consumers want to see [green labeling]. They're slapping it on everything pretty much."

But trouble starts when the nutritional or eco-labels overstate the health or environmental attributes of a product. The practice has become so commonplace, it's been dubbed "greenwashing" and has spurred a plethora of recent lawsuits as well as calls from various consumer groups for more complete disclosure of ingredients.

"The whole problem of greenwashing [is] it's deliberately used to confuse consumers and prey on ambiguity by these companies–by many, many companies" that stand to gain through higher sales, Kaplan says.

In November, shortly after the defeat of California's Proposition 37, which would have required identifying labels on foods made with genetically modified ingredients, the media reported a California consumer filed suit against Campbell Soup Co. for calling its Pepperidge Farm Cheddar Goldfish crackers "natural" because they contain soybean oil made from genetically modified ingredients. Other companies have been reprimanded for using "biodegradable" on the labels of products that aren't likely to decompose any time soon.

The term "natural" is one of the most confusing and potentially problematic, says Michele Simon, a public health lawyer in California and president of EatDrinkPolitics.com. Because "natural" isn't a regulated term, manufacturers will push the conventional definition and label their products as "all-natural" even when they contain artificial or genetically modified ingredients. Companies add it to their packaging because it provides a halo effect, making the product more appealing to consumers, Simon says. Recently, the use of the "gluten-free" tag also has exploded because it connotes a healthier image. Yet some gluten-free products would fit in the junk food category, Simon says.

To discourage greenwashing, the Federal Trade Commission in October announced updates to its Green Guides, which caution companies to avoid broad, unqualified "environmentally friendly" claims. The FTC's research suggests consumers have high expectations for products using the term "eco-friendly" and might be disappointed to learn a product carrying the label doesn't meet their own criteria.

The new guidelines are "a step in the right direction," Kaplan says. But the omission of guidance for the terms "natural" and "sustainable" means labeling confusion will continue.

In the absence of a standard definition for common eco- and nutritional labeling terms, some retailers are stepping in to help consumers discern which products meet nutritional guidelines or are environmentally friendly. They're accomplishing this with in-store rating programs.

"We certainly understand retailers' position," says Laura Flanigan, director of consumer packaged goods and retail sector at PE International in Chicago. "They want to do right by consumers. They want to be a resource for consumers. So when a retailer establishes a program that has clear or rigorous criteria, that can be a good thing for consumers. It makes it easier for them to purchase" the products they care most about.

Guiding Stars, which has developed a star rating system for retailers to use on shelf tags, has more than 100,000 food products in its database, says Allison Stowell, registered dietician for the company, which licenses the program to retailers including Hannaford, Sweetbay, Food Lion, Homeland, Marsh and Loblaw.

The 1-2-3 rating system is based on a patented algorithm that takes into account the science and research around nutrition, including the U.S. Department of Agriculture's Nutrition Facts guidelines. "It boils down to more of what you want, less of what you don't want," Stowell says. "It can help a store in terms of what they're offering consumers."

While large manufacturers often resist new government regulations, some small organic producers have a different position. Some products without any organic ingredients still use the label, says Diana Kaye, co-founder Terressentials in Middletown, Md., a maker of organic cocoa butter body products, who would like to see more enforcement of certified organic labeling. "It's horrible. It's way beyond buyer beware," she says.

Terressentials and other legitimately certified organic manufacturers are hurt by competitors' misrepresentation, Kaye says. But so are consumers who think they're getting a better product when they see the "organic" or "natural" label. "In this country, there are a lot of people who don't want GMOs. They want better food. They want better products. They want the environment to be less polluted," Kaye says. "They're paying more money for products they think meet their ideals, but in most cases these products don't fulfill either of those items on their list of criteria."

Still, manufacturers of certified organic products can take heart that retailers will be more interested in them because of their high standards, Flanigan says. "Retailers will be likely to encourage relations with suppliers that are sustainable," she says.

Despite the current discussion about labeling, leaders will emerge over time reducing the need for companies to call out, "I'm the greenest, I'm the greenest," Flanigan says. "You just get to the point where you know leading companies are doing what they need to do to drive improvement, and you feel good about them without considering what's on the label." 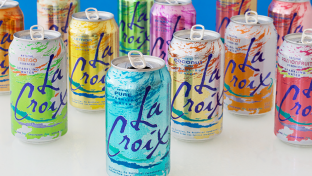 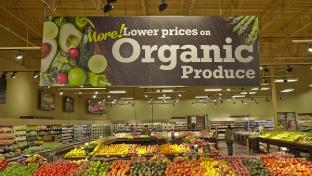 Consumer Insights
Health and wellness trend will get stronger in 2018 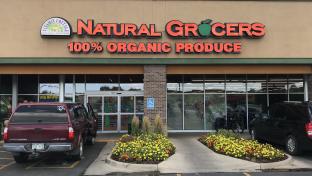