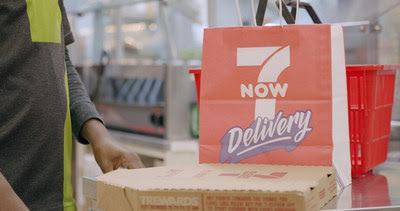 7-Eleven is among the C-store operations expanding delivery offerings in 2020.

More than half of convenience store owners — 58% — report higher in-store sales in the first nine months of 2020 compared to the same period last year, according to the National Association of Convenience Store Owners (NACS). Not only that, but 64% said the same thing about sales in September.

But its survey report also found that 74% of those retailers report that fuel sales declined in the third quarter of 2020 compared to the same period a year ago.

There is more bad news, according to the NACS report: Convenience retailers, which sell 80% of the fuel purchased in the U.S., are not optimistic about fuel sales quickly recovering. More specifically, 61% expect fuel sales to be down the rest of the year and one in five (20%) expect fuel sales to “significantly decrease.”

The news comes at an active time for the convenience store industry.

Not only are many retailers and chains upgrading their products and services — in large part, to appeal to millennial and digitally-focused consumers — but the last few months have brought further moves to redefine convenience store retail for the mobile age, along with rebranding and acquisition efforts.

As for how C-store operators have responded to the pandemic, the NACS report found this:

Meanwhile, nearly half of all retailers (46%) say they have reduced store operating hours, whether to provide deep cleaning or manage labor hours.

Traditionally, about 40% of in-store sales are by cash but most retailers (59%) say payments by cash have fallen since March. Still, 43% say that the coin shortage affected their operations, with 7% saying it significantly affected operations to the point they had or still have periods where they did not allow customers to pay in cash or receive change in coins.

Meanwhile, the NACS report also found that convenience retailers contribute more than $1 billion a year to charitable or community groups and continue to support a variety of causes. In addition to corporate donations:

Looking ahead, retailers are focused on several issues, like keeping employees and customers safe by diligently cleaning, staffing stores and developing new programs to offset the decrease in fuel sales, the NACS said.

The NACS Retailer Member Pulse Survey was conducted in early October by NACS Research. A total of 72 member companies, representing a cumulative 1,672 stores, participated in the survey.