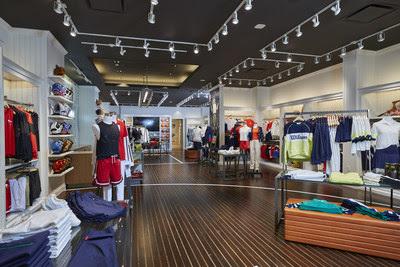 The launch of the store comes at a time when more consumers are returning to shop at retail locations. More brands, such as Nike, are turning to and expanding direct-to-consumer models instead of selling their products through wholesalers and other retailers.

Retailers are also re-imaging the retail experience in some cases. For example, Dick’s Sporting Goods has debuted a new store concept that features an outdoor turf field and running track, rock-climbing wall and a high-tech batting cage. Dick’s aims to lure in athletes to test out equipment while shopping with its new features, and the store concept will act as a testing ground for the retailer to potentially scale.

Chicago-based Wilson has traditionally been a recognizable brand at sporting goods stores. However, it has executed pop-up stores in the past at major sporting events, such as the Super Bowl, College World Series and the US Open. As the company adds new products, opening a retail store was the next step, the brand stated.

"Following the launch of our Wilson Sportswear line earlier this summer, it was important that we introduce physical retail locations so that our athletes can experience and interact with our sports equipment and apparel in person," Gordon Devin, president of Wilson Sportswear, said in a statement. "Our first-ever retail location centers around Wilson's heritage, serving as a physical 'love letter' to our city." 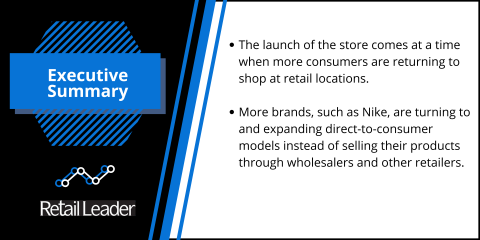 "With 108 years of history here in Chicago, it was only right that we start this next chapter in our hometown," Joe Dudy, president of Wilson Sporting Goods, said in a statement. "Wilson is so proud to be Chicago-based, and we hope this new store brings our city that same feeling of pride in our brand."