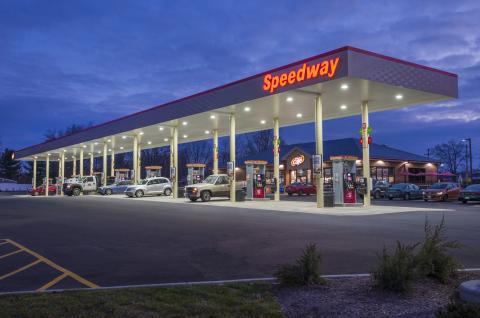 The 3,900 Speedway stores that are part of the deal will give 7-Eleven a bigger footprint in the Midwest and East Coast.

The largest convenience store chain in the United States by store count is getting even bigger.

Tokyo-based Seven & i Holdings Co., the parent company of Texas-based 7-Eleven, is acquiring Marathon Petroleum Corp.‘s Speedway chain for $21 billion. The blockbuster deal, which comes after Marathon had reportedly been entertaining offers for months, is poised to be the biggest corporate acquisition since the coronavirus outbreak began earlier this year and is the biggest c-store deal in industry history.

The 3,900 Speedway stores that are part of the deal will give 7-Eleven a bigger footprint in the Midwest and East Coast (where Wawa is a big competitor) and a presence in 47 of the top 50 most populated metro areas in the U.S.

"This acquisition is the largest in our company's history and will allow us to continue to grow and diversify our presence in the U.S., particularly in the Midwest and East Coast," said Joe DePinto, president and CEO of 7-Eleven. "By adding these quality locations to our portfolio, 7-Eleven will have the opportunity to bring convenience to more customers than ever before."

The deal would also bring 7-Eleven’s retail footprint in the U.S. and Canada, currently at about 9,800 stores, to around 14,000 locations. These stores will give Seven & i Holdings an even better competitive position in the U.S. to leverage its convenience stores as last-mile hubs for e-commerce.

"The combined store network significantly enhances economies of scale," the company said in a statement. "Upon closing, 7-Eleven and Speedway will share best practices to deliver products and promotions based upon customer demand and continue both companies' legacy of innovation. In addition, the combined company will be well-positioned to maximize efficiencies and optimize relationships with vendors and business partners."

Under the agreement, expected to close early next year, Marathon would also supply 7-Eleven with about 7.7 billion gallons of fuel per year for 15 years.

The company also said it plans to form an integration steering committee with representatives from the leadership of both 7–Eleven and Speedway to facilitate the synthesis of more than 40,000 employees.

Prior to the deal, Alimentation Couche-Tard Inc. (parent company of Circle K) and private equity firm TDR Capital were in the running to make an offer on Marathon's Speedway chain. Seven & i Holdings emerged as a potential buyer in February.