8 Ways Your Board of Directors Can Build Value

8 Ways Your Board of Directors Can Build Value

As uncomfortable as it may be for executives in the hot seat, board members who are willing to ask questions and speak bluntly about concerns are a necessity.

A variety of experts told Retail Leader that despite new regulations emphasizing the need for corporate boards to take more responsibility, far too many directors continue to accept executives' word as gospel and give their quarterly stamp of approval with little discussion.

In fact, 44 percent of corporate directors responding to a recent McKinsey Global Survey on governance said boards "simply review and approve management's proposed strategies," according to the July report. What's more, boards haven't increased the time they spend on strategy since February 2008, before Lehman Brothers collapsed, the report says.

While directors at banks and financial institutions have been in the spotlight since the financial crisis of 2008, no industry is immune to the potential for fraud, misconduct and basic incompetence. In fact, misrepresentation of ingredients has become a common occurrence among some food companies operating in Asia, as Walmart's recent experience with mislabeled meat in China points out.

But directors at retailers also have been duped by accounting frauds, such as the one that earned Dutch-based Ahold the moniker "Europe's Enron" in 2003. Executives in the company's U.S. Foodservice unit recorded promotional allowances that hadn't been earned. When the company, which also owns Stop & Shop, Giant and Bi-Lo supermarket chains, announced that its earnings for 2000 and 2001 had been overstated, its stock plunged 65 percent. In 2006, as the case wound its way through the Dutch courts, Ahold's former chief executive officer Cees van der Hoeven, former CFO Michiel Meurs and executive board member Jan Andreae received suspended prison sentences and six-figure fines. As a trial judge said at the time, "They have damaged the good reputation of Dutch companies in general and Ahold in particular and betrayed the confidence that shareholders placed in them."

While the Sarbanes-Oxley Act and the Dodd-Frank Wall Street Reform and Consumer Protection Act of 2010 have added precautionary regulations, one of the best protections against damage to a company's reputation–and stock price–is a board of directors that is on its toes and willing to put in the necessary time. A well-functioning board can add value to existing management. Here are eight important roles that executives should expect the board of directors to perform.

Act as a sounding board

1. In upholding their duty to protect shareholders' interests, directors need to encourage a transparent and open dialogue with executives, experts say. That means finding board members who listen well and aren't afraid to speak frankly. In many scandals, the directors didn't ask hard questions because they were more concerned about maintaining positive relations with the CEO and other executives and directors.

Boards need to deliberately avoid "group think"–where people acquiesce to the prevailing view because they don't want to be the one dissenting voice–by recruiting outsiders. "Who's going to question their former boss, their former colleagues? It just doesn't work," says Patricia Lenkov, president of Agility Executive Search in New York, which recruits directors for companies. "You want people who are going to not go down that path of agreeing with people who are their friends."

Offer the perspective of wider experience

2. Adding breadth of experience and skill sets can strengthen boards. A common problem is "too many people with industry experience and not enough with top-flight financial and shareholder viewpoint experience," says Christopher Davis, partner and head of the mergers & acquisitions and investor activism group at Kleinberg, Kaplan, Wolff & Cohen in New York City.

Directors with industry experience tend to look at situations in the same way, while those with an outside vantage point often bring new ideas. "Having different perspectives can be tremendously valuable when people are having a discussion about how to grow or make changes," says Hillary A. Sale, the Walter D. Coles professor of law and professor of management at Washington University in St. Louis.

Those in favor of diversity are finding support in unlikely places. Amid the backdrop of the Occupy Wall Street and say-on-pay movements, society is increasingly willing to speak out against excessive compensation and other largesse. As a result, directors today need to be on top of public sentiment and take seriously feedback from investors.

3. Seven out of 10 executives surveyed by McKinsey said boards should spend more time on strategy. "Strategy is the overarching thing the board should do and where it adds value," Sale says.

To be strategic, directors must understand industry dynamics, the McKinsey report concludes. They also need a thorough comprehension of the company. While such a request might sound basic, only one in five directors surveyed stated that they completely understood the strategies of the companies they served. Part of the problem, the directors say, is that they are primarily provided with short-term information, and the board as a whole doesn't spend enough time on key issues. But it's incumbent upon directors to seek out the information they need. "They can ask management to prepare additional information or ask other professionals serving the corporation," such as accountants, lawyers and investment bankers, Davis says.

4. Tied to strategy are a variety of risk management tasks pertaining to legal, regulation, communication, reputation and financial issues.

"The board's job isn't to manage risk on a day-to-day basis, but to make sure the right systems are in place and they are managed up. You don't grow without taking risks," Sale says.

With business risks far and wide, boards need at least one director with a risk management background, Lenkov says. But it's also important for directors to keep risk in perspective so they don't avoid a new opportunity simply because it's an unknown.

"There's an argument out there ... that there is so much emphasis on compliance and risk management that in some cases it has prevented boards from bringing the full benefit they ideally should be bringing to the company," says Randy Ray, partner at Gardere Wynne Sewell LLP in Dallas. "They are so focused on being compliant and not taking risks that they're not being innovative."

5. Objective performance management starts with independence on the board of directors and a CEO willing to share authority, Davis says. When evaluating a company's performance, directors should avoid falling into the short-term trap by instead communicating the importance of long-term financial sustainability.

"Some pressure to meet short-term goals is inherent in a public company context because it is both inherent and necessary that public company shareholders focus on quarterly as well as yearly and long-term results," Davis says. "A well-performing corporation that is showing consistently good results both in absolute terms and in comparison to its competitors ... those top-level values will get shareholder support and patience and loyalty."

But the board shouldn't feel the need to cater to short-term investors, Sale says, noting that companies that manage by the quarter can find themselves in a bind. The board needs to reinforce management in managing for the long haul, she says. "The way to do that is to be in good communication with shareholders about that choice," and align compensation metrics accordingly, Sale says.

6. With the Dodd-Frank Act requiring public companies to seek shareholders' say-on-pay advisory votes on executive compensation, the board needs to be able to justify to shareholders that the compensation is reasonable. "Shareholders are going to want to know an answer if compensation increases and performance is down," Ray says.

Dodd-Frank calls for independent directors on the compensation committee, and regulators look for reasonable compensation, which is often based on comparisons with salaries of top executives at similar companies. But society might have a different standard. As compensation gets a closer look from investors, the board "should ask itself, Is this [salary and package] a really good decision? Would I be embarrassed if this story were all over the front page of The Wall Street Journal?" Sale says.

7. Hewlett-Packard's board made the front page of The Wall Street Journal and many other publications this fall when it ousted CEO Leo Apotheker after less than a year on the job. A headline on the CNNMoney website asked, "Is HP's board the worst ever?" because of its poor track record on executive hiring and succession planning.

"Management succession planning is an absolute critical issue facing almost any company, public or private," Davis says. "The good of the shareholder requires not only that there be a plan in place to allow proper succession for normal aging and retirement issues but also ... for the unforeseen and unexpected circumstance, such as the auto accident or plane crash that costs a number of key players their lives at the same time."

8. While often downplayed, directors' self-evaluation, training and board member recruitment are crucial to a high-performing board. Half the respondents to the McKinsey survey indicated more effective training could improve directors' performance.

Two-thirds of boards conduct some evaluation of individual directors, McKinsey reports, yet many directors say the process they use is ineffective. It should include an analysis of the board's composition, looking at the skill sets at the table and what's missing, while considering how diligently individual directors performed their duties. The McKinsey study indicates that directors currently spend the equivalent of 28 days of work on their board service but believe they should spend 38 days to be more effective.

While term limits have been relied on in the past, increasingly boards are moving toward annual evaluations that can lead to the dismissal of ineffective directors.

"Society is demanding more of directors," Sale says. "When you come out of something like the financial crisis, scrutiny goes up." 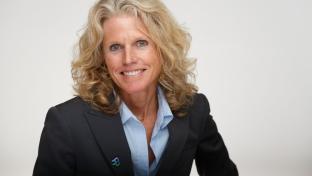 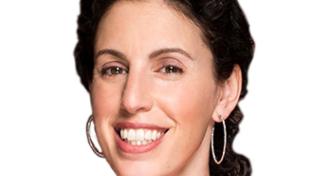 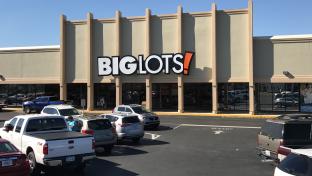 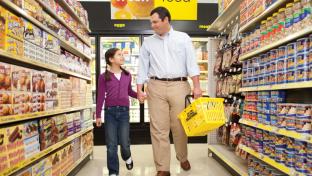 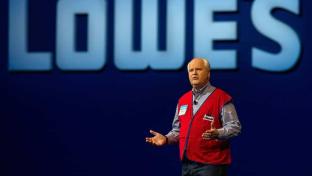