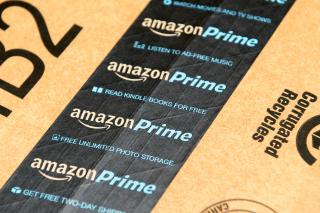 Amazon will host a two-day Prime Early Access Sale in October to kick off the holiday shopping season, following its annual Prime Day that took place in July, the retailer announced in a release this week.

The sale will include deals on products from brands that include Peloton, New Balance, Caudalie, Murad and Philips Sonicare. The sale runs from Oct. 11-12, and Amazon Prime customers in 15 countries will be eligible to participate, including shoppers in the U.S., Austria, Canada, China, France, Germany, Italy, Luxembourg, the Netherlands, Poland, Portugal, Spain, Sweden, Turkey and the U.K.

For the sale, the e-commerce retailer said it would introduce a list of the Top 100 most popular and “giftable” items of the season, with new deals from the list being introduced throughout the two-day sale, according to the release. Deals will include products in numerous categories from electronics to fashion to toys.

Internal documents reviewed by Insider earlier this year gave the first insight that Amazon was geared to launch a second shopping holiday for Prime members in the fall after hosting the annual Prime Day in July. The sale is designed to be a “high velocity” event meant to reward customers for signing up for Prime, according to the documents.

Amazon earlier this year increased the cost of an annual Prime membership by $20 from $119 to $139. The cost increased by $2 per month — from $12.99 to $14.99 — for customers with a monthly Prime membership. At the time, the company said the increase was due to expanded benefits associated with the membership and rising costs.

As NBC News reported, 2022 will mark the first time Amazon has held two major Prime member exclusive sales in a single year, although the company held Prime Day in October once before, in 2020, when it pushed the sale back due to challenges posed by the COVID-19 pandemic.

Prime has been key to Amazon’s success and it has more than 200 million members, according to Amazon. Amazon isn’t the only retailer to get a head start on offering early Black Friday-style deals for the holiday shopping season. Target last week announced it would run its Target Deal Days earlier than usual from Oct. 6-8, Retail Leader previously reported. The e-commerce retailer Overstock will hold its annual Overstock Day sales from Oct. 2-3.