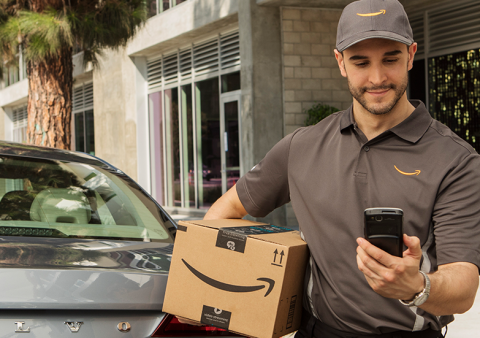 Amazon said in a press release late Tuesday that small and medium-sized businesses had sold more than $1 billion in since Monday, when the event started.

Amazon sold more than 100 million items and had more sign-ups for its Prime membership on Prime Day 2018 than any previous day in the company's history, despite widespread website outages.

Amazon said this year's Prime Day was the company's "biggest in history." However, it was not initially clear how much that represents in actual revenue, because the company did not release specific sales data as it has in previous years.

According to Zentail, the company generated an estimated $3.5 billion in the first 12 hours of its Prime Day event this week.

"Prime Day offers us a unique opportunity to thank Prime members with our best deals," said Jeff Wilke, CEO Worldwide Consumer, Amazon. "Extending Prime Day to a day and a half this year allowed us to further reward members with unbeatable deals, access to exclusive new products and unforgettable experiences that highlight the many benefits of a Prime membership. All of this was made possible because of our many valued associates – the global team that continues to make Prime Day bigger and better."

Feedvisor estimated spending skyrocketed 89 percent in the first 12 hours of the event, even despite widespread outages on Amazon.com, compared with the same period last year, Bloomberg reported.

“Amazon’s Prime Day ‘early jitters’ with website glitches had minimal impact on the sales success of the annual event, with our view that given Amazon’s prodigious spending, it is safe to say that any day compared to the prior year should be much better from a sales perspective, with the continuing challenge for the company driving margin and profitability in its retail business,” said Moody’s Lead Retail Analyst Charlie O’Shea. “As we expected, proprietary devices were heavily-discounted, which will ultimately result in an increase in Prime membership due to the vast content ecosystem that these devices ‘unlock’, which given the roughly 2x spending patterns exhibited by Prime members, is an almost immediate benefit to Amazon’s top-line.”

Amazon said small and medium-sized businesses had sold more than $1 billion in since Monday, when the event started. A company spokeswoman also told CNBC on Tuesday that “Prime Day sales in the U.S. so far are bigger than ever – in fact, in the first ten hours Prime Day grew even faster, year-over-year, than the first ten hours last year."

According to Adobe Analytics data, Prime Day saw a substantial increase in online spending year over year, expanding well beyond being an Amazon holiday to include other retailers.

"We’ve seen a 55% lift in online sales YoY over the course of Prime Day for large retailers – massive growth that we attribute to shoppers making purchases online with a variety of retailers. As a result of Amazon’s holiday increasing in popularity, numerous retailers offered deals on their own sites to combat Amazon, turning mid-July into a mini holiday shopping season. People love to comparison shop, with many turning to Amazon’s competitors to compare deals and prices. Prime Day has turned into a huge opportunity for all online retailers,” said Taylor Schreiner, director of Adobe Digital Insights. “Amazon’s site glitches didn’t negatively impact sales, with the company revealing sales were higher than ever. And photos of employees’ pups successfully mitigated some of the negative sentiment around the online retailer’s site difficulties.”