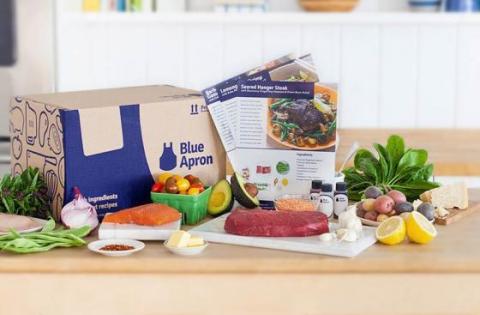 From reading Blue Apron's second-quarter results, it is difficult to see how the company is rebuilding for a successful future when all the metrics being disclosed to investors are negative.

In addition to the decline in revenue, the company said its customer count dropped to 717,000 from 943,000 in 2017, meaning the company's customer count dropped by 24 percent year-over-year, and decreased by 9 percent quarter-over-quarter, as the company progresses through the aforementioned transition period. The company's report, however, did show that its Orders per Customer increased from 4.3 last year to 4.4, but its Average Revenue per Customer essentially flat-lined, with it being $251 in 2017 to $250 now.

“We are pleased with our bottom-line performance as we gain additional operational efficiencies and exert financial discipline across the business,” said Brad Dickerson, Chief Executive Officer, Blue Apron Holdings, Inc. “We have an exceptional team in place, which has been further solidified by the recent hires of Tim Bensley as Chief Financial Officer and Alan Blake as Chief Supply Chain Officer, and we are confident that the approach we are taking will build a strong and sustainable business.”

The company claims, however, that its revenue performance was impacted by the company’s decision late last year to deliberately prioritize operational stability to build the foundation for future growth. Blue Apron’s priorities also can also be spotted within its report, as it shows that the company spent 20 percent of its total revenue on marketing alone.

"As we previously articulated, 2018 is a year of transition and building for the future,” said  Dickerson. “With fulfillment center operations strengthening, we are increasing focus on the priorities we expect will propel revenue performance and return the business to a growth trajectory, including evolving and expanding our product portfolio, enhancing our overall customer experience, and launching our retail and on-demand offerings.”