China soon will have more mouths to feed. Its Communist Party signaled willingness to further relax a one-child policy dating to 1979 under Chairman Mao Zedong.

One million more babies will be born each year, a state family-planning official estimated, following a Central Committee policy summit in November 2013 that allows provincial governments to authorize more two-child families. A Reuters report from Beijing said share prices rose sharply on the news for makers of infant formula, strollers, diapers and even pianos.

But the "long-term balanced development of the population in China," as the official Xinhua press agency described the reform's goal, will not be an easy road for retail executives to travel. Pristine big-box hypermarkets, traditional supermarkets and open-air fishmongers and produce stalls all compete for China's thrifty shoppers. The nation's 2010 census recorded a disposable annual income that averages $1,549.

IGD, a consumer research firm based in Hertfordshire, England, values the Chinese grocery business at $1 trillion, surpassing the U.S. market, and forecasts a $1.6 trillion China market by 2016.

"China is a challenging market for retailers and suppliers," says Victoria Santini, head of Asia for IGD. "GDP growth has been easing at the same time that competition has been getting tougher. This has created an environment where growth has been much harder to come by."

Euromonitor International predicts a 6 percent compound annual growth rate in the grocery business. Expansion plans have taken a conservative turn in the face of intense competition and slowing economic growth, according to a January 2013 category briefing.

China Resources gained a partner in October 2013 when British grocer Tesco announced it would merge its 134 China stores into a China Resources joint venture with more than 3,000 locations. Zhang says Tesco's partnership is a sign of the rising rents, wages and other costs that will face new market entrants.

France's Carrefour rounds out the top five, with 220 stores in 64 cities, and plans to open at least 23 new stores each year in China. Yonghui Superstores Co. Ltd. is a local hypermarket player.

China's 2,400 hypermarkets are a unique breed, according to a 2012 McKinsey & Co. report, even though the global Carrefour, Walmart and Tesco chains are involved. Stores average 100,000 square feet in size, generally with flexible short-term leases. Most space is devoted to food rather than household or durable goods.

Foods increasingly are sourced directly from farmers, contributing to consumer perceptions of the shiny new stores as offering fresher and more wholesome alternatives than supermarkets.

Regional players dominate the larger supermarket sector, which according to Euromonitor has been outperforming the grocery category as a whole. China Resources leads this segment, followed by Lianhua Supermarket Holdings, which Zhang notes is dominated 3-to-1 by franchised stores. The next three players are regional chains Shanghai Nong Gong Shang Supermarket, Shandong Jia Jia Yue Group and Wengfeng Great World Chain in Jiangsu.

Food contributes 49 percent of supermarket revenue, according to ACMR-IBISWorld. Beverages, wine, alcohol and tobacco products account for 24.5 percent, and their higher margins assure them prominent display. Apparel, cosmetics and other items are largely absent from Chinese supermarkets.

ACMR-IBISWorld predicts that through 2018, the supermarket segment will increase by 10.5 percent a year to $243.9 billion. Political and social stability, productivity gains, regulatory reforms and technological advances are expected to sustain an annual economic growth rate of 8 to 9 percent.

Convenience store sales grew more than 17 percent in 2012, according to Euromonitor, with an expanding menu of ready-to-eat foods. 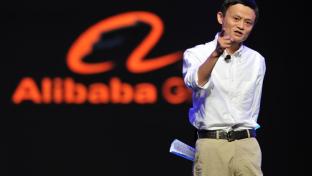 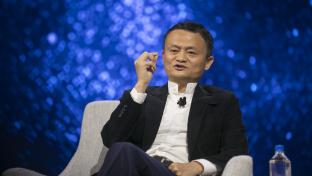 Technology and Innovation
Brands cash in on Alibaba’s big day 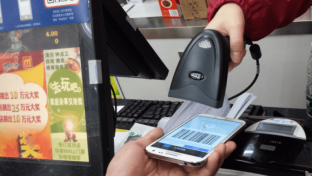 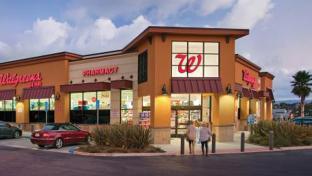