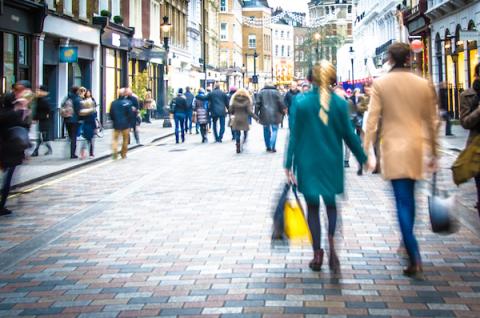 That’s good news for retailers in 2022, as the industry continues to grapple with supply chain constraints, a tighter labor market and inflation and rising costs. Globally, safety concerns among consumers have jumped in recent days, according to Deloitte. In the U.S., consumer safety concerns have been more muted comparatively.

Deloitte has been conducting a series of surveys around the globe to track consumer behaviors and trends. Its most recent report, “Deloitte’s Global State of the Consumer Tracker,” is based on a survey from Dec. 23-29, 2021, that queried at least 1,000 consumers in each of the 23 countries it tracks.

While consumer confidence has remained high, rising safety concerns throughout the beginning of 2022 have virtually erased all progress made over throughout 2021 in some areas. In particular, the percent of U.S. consumers who feel safe sending their children to school declined the most, dropping from 40% in November to 33% in December.

Work from home also increased from 51% of U.S. employed adults in November to 54% in December, underscoring that the return to offices has slowed. Consumers also spent more on material items than experiences in December (25%) compared to November (19%), indicating consumers are spending more time at home. Furthermore, the percent of U.S. consumers who planned to fly domestically for leisure travel fell from an almost two-year high of 43% to 33%. Those planning to fly internationally dropped from 30% to 19%.

“While safety perceptions have again declined amid a rise in Omicron cases, consumer confidence remains unshaken,” Anthony Waelter, vice chair at Deloitte and U.S. consumer industry leader, said in the report. “Overall discretionary spending intentions among U.S. consumers remain steady. People have seen this movie before. And I think this speaks to a growing resilience to the pandemic’s ongoing ebb and flow.”

Fortunately, the changes in safety concerns amid the rise in Omicron cases failed to shake spending and financial sentiment. Overall financial sentiment and discretionary spending intentions for the month ahead remain steady, the report found. U.S. consumers are expected to spend $4,800 in discretionary spending in the upcoming month, with 35% of budgets slated for more discretionary categories, such as recreation and entertainment, restaurants, electronics and leisure travel. That’s on par with the past several months.

Nearly 6 in 10 Americans (59%) believe their financial situation will improve over the next three years, according to the report. That figure has remained steady since September 2021. Another good sign is that inflation concerns may be easing.

“For the first time since September, the percent of U.S. consumers who cite rising prices for everyday purchases such as groceries and clothing did not climb,” the report stated.

Another good sign for retailers is a slight dip in travel plans and spending. Spending on leisure travel fell from an average of roughly $330 per survey respondent in September to $240 in December. However, booking intentions for both rental cars (34%) and private accommodation rentals (34%) have remained steady, suggesting consumers continue to perceive these forms of travel as safer. Traveling for business has taken a major hit, with 67% of respondents who said they plan to take a trip for work in the next three months. That’s down from 80% in September.

“Consumers have been resilient, adapting behaviors to the pandemic as the number of cases continues to fluctuate,” Stephen Rogers, executive director of Deloitte Insights Consumer Industry Center, said in the report. “The pandemic continues to create uncertainty that is affecting how and when consumers travel, attend work and school, and generally interact with others. Yet, time and again, consumers have demonstrated the ability to be agile and flexible as we move into the next phase of this collective global experience.”