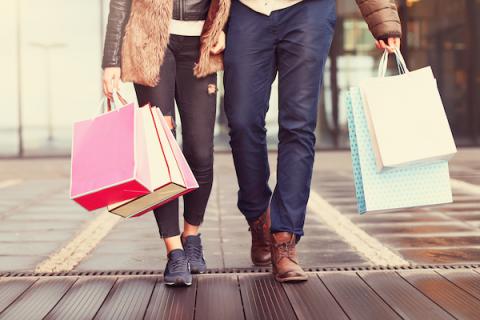 That’s according to Springboard’s latest National Retail Consumer Report, which found 33% of consumers felt completely comfortable visiting shopping malls, downtowns or shopping centers. By comparison, just 30% of consumers said the same in June and 26% in May.

However, the percentage of consumers who haven’t yet shopped in person (17%) was the same in July and June, though lower than the 22% in May.

Beyond shopping centers and malls, more consumers are venturing out.

“Over the past three months consumers have been feeling increasingly comfortable in making trips to retail destinations,” the report reads. “What is particularly encouraging is that over half of all consumers are either very or completely comfortable, with this proportion now accounting for 57% of consumers in July versus 50% in May and 56% in June.”

Since the start of the pandemic, consumers are still changing their shopping habits, with more people blending online and in-person shopping in July compared to previous months. In July, 37% of consumers said they buy at least half their non-food items online, compared to 36% in June and 34% in May.

“The extent to which retail destinations recover pedestrian traffic and therefore spend, will to a large degree depend on the return of employees to the office--this is particularly significant for larger downtowns which rely heavily on their daytime working populations,” the report noted. “At this stage we simply do not know when (or if) this will revert back to pre-Covid patterns and/or the degree to which this will happen. Our consumer survey is providing vital early evidence, but the jury is definitely still out on whether the hybrid working model--which is frequently being discussed--will come to pass in the long term, but what we do know is that currently it is very much split.”