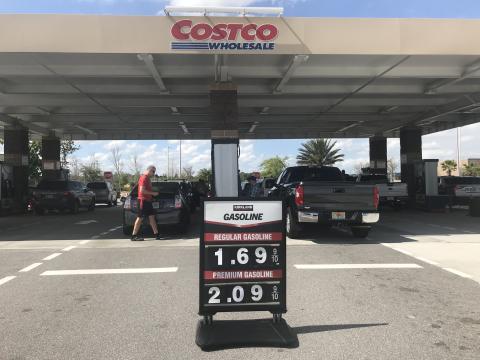 Costco said its April same store sales were flat, but noted that online sales surged 87.7% during the four weeks ended May 3.

The April sales period was a strange month for Costco because of actions the company took early on to regulate customer traffic in its warehouses and comply with social distancing measures by closing key departments. At many locations, Costco shoppers waited in lines to enter buildings so customers could maintain safe distances from one another. Achieving that goal an ensuring the safety of employees also meant key departments were closed such as optical, hearing aid and photo departments where employees and customers would typically come in close contact with one another.

The closure of those departments along with reduced demand for travel services negatively affected sales. To highlight the impact, Costco took the unusual step of disclosing that its April same store sales were 11.2% exluding gasoline, optical, travel, food court, hearing aids, photo and the effects of foreign exchange.