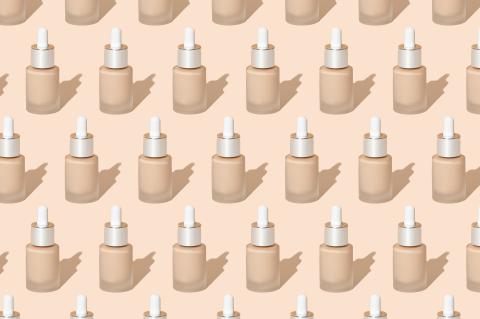 Glossier’s digital-first approach has been ahead of the curve as more brands turn to DTC models. For example, Nike has turned away from some of its wholesale partners in favor of a DTC model, as well as opening up other ways for customers to connect with the brand with a resale shop on its website.

"When Glossier launched as a digitally native beauty company, we were an anomaly in our industry, which has been slow to innovate beyond brick and mortar," Emily Weiss, founder and CEO of Glossier, said in the funding announcement. "Now, nearly seven years into Glossier’s journey, our strategy and the expectations of beauty consumers everywhere are aligned: beauty discovery increasingly begins online as people look for inspiration from friends and strangers alike, and customers want to move fluidly between immersive and personalized e-commerce and retail experiences. This is the future we’ve always been building for.”

Despite being digitally led, Glossier is reopening its retail channel with three new shops in Seattle, Los Angeles and London. The company previously closed all its retail locations in 2020 in the early days of the pandemic. With investments in online discovery and shopping, the company continued to see year-over-year sales rise across all its product categories in 2020, according to Glossier.

“Glossier is resonant across generations and geographies, not only for its products, but for the sense of connection and belonging the brand inspires,” Kelly Granat, portfolio manager at Lone Pine Capital, said in the press release. “The community that’s formed around Glossier’s approach to beauty, one that champions individual freedom and choice, has made Glossier’s direct relationship with its customers all the more powerful. This is already an iconic and era-defining beauty company, and we’re excited to play a role in bringing Glossier experiences and products to people everywhere.”