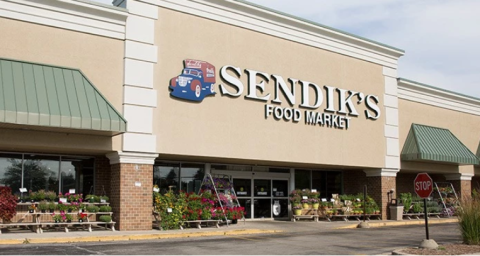 Milwaukee area retailer Sendik's is among those seeing a surge in online grocery orders.

It’s not quite as fun to go grocery shopping these days. Between donning face coverings, waiting in line due to store capacity limits and navigating one way aisles, the once convenient and enjoyable trip to the grocery store has become an exercise in disease avoidance.

Little wonder then then that online grocery sales for either pick up or delivery have surged in popularity. First time usage of digital grocery methods surged 28% in March as shoppers sought to avoid stores, according to research from Acosta, a sales and marketing agency in the consumer packaged goods industry. The firm’s survey of shoppers conducted March 20-29 quantified a shift that was already gaining momentum before COVID-19 served as a catalyst to accelerate adoption.

"Our first round of research into consumer behavior was conducted just as this crisis was beginning to take shape in the U.S.," said Darian Pickett, CEO of Acosta. "This second round, conducted at the end of March, offers a stronger snapshot of current consumer behavior with 65% of respondents reporting they have changed their shopping habits due to COVID-19, compared to just 23% in our previous survey. As the number of cases unfortunately continues to rise and more states and counties impose quarantine measures, we expect to see further changes in consumer behavior in the coming weeks."

“We offer pickup and delivery and like most of the rest of the (grocery) world it has increased dramatically and we are definitely seeing new customers take advantage of it,” said Mark Birmingham, EVP of administration and business development with Sendik’s Food Markets, an operator of 17 stores in the greater Milwaukee area. Birmingham’s comments came during an April 9, webinar on “Touchless Grocery,” hosted by Progressive Grocer. “The basket size has gotten meaningfully larger. But, what I have heard most from our new customers in the online space has been, ‘I had no idea how easy this was. Why haven't I been doing this forever?’”

“Starting around March 2, is where things really started to kick in. Every day since then has been higher than the previous week on the same day,” Moyer said. “The chart just keeps going up and that's for our current retailers. Another 1,000 stores have gone live on our platform in the last six weeks and all of those are just exploding.”