Photography by Vito Palmisano
After five years at the helm of Heineken USA, President and CEO Dolf van den Brink, along with a carefully selected management team, have meticulously restructured, rejuvenated and re-energized the Dutch brewing company in response to a changing marketplace.

"What we are seeing is that the U.S. beer industry has changed in a very fundamental way," van den Brink told Retail Leader in an exclusive interview at Heineken's White Plains, N.Y., headquarters. "It's gone from a relatively stable industry with a handful of players to this massive dynamic."

"On one side you have industry change with Anheuser-Busch and InBev coming together, and Miller and Coors coming together. At the same time, thousands of craft companies are providing a never-ending stream of new SKUs hitting the market."

Van den Brink's strategy was clear from the moment he joined Heineken's U.S. operations in 2009: evolve the company culture to one of collaboration and innovation; expand the brewer's brand portfolio; and build a responsive and relevant internal structure to support the changes.

First matter of business was to take a new look at HUSA's perspective of the fragmented and hyper-competitive U.S. beer marketplace.

"We felt to be successful in that kind of dynamic called for a different kind of culture than we were exhibiting before. We had to be much more of a challenger in the U.S. beer industry rather than a segment leader who had seen and done it all."

Van den Brink began by rebuilding the management team, selecting the right mix of nationalities, ages and genders to keep the company better in touch with its customers and the global nature of its brands. "Right now we have six different nationalities on the management team. We have a good gender mix and people from within and outside of the industry," says van den Brink.

In a candidate, van den Brink says he looked for the right combination of functional leadership skills, but at the same time he also looks for people who are very strong-willed and opinionated yet have their egos in check.

"I look for that rare person, who is very strong, very opinionated, very experienced but at the same time, plays for the broader team, not just for him- or herself," he says. "Relevancy is a big word, and one of the considerations when we rebuilt the management team, which is really multi-gender, multi-nationality and has a much wider range of age representation."

A major strategy review in 2010 drove home the critical nature of corporate culture. "Although people often treat strategy separate from culture, for us it was all part of the same endeavor. We had a cross-representation of the company advising the management team of where they thought we had to go," says van den Brink.

He replaced a traditional command-and-control hierarchy with a collaborative corporate structure designed to be more responsive to what's happening in the marketplace. Part of that effort included a bold remodel of corporate headquarters in White Plains.

"For example, this office used to be very different. It was all dark paneled wood and thick carpet. My office was literally three to four times this size and there were no windows so you couldn't look in," he describes. "So as we changed a lot of our leaders, we literally changed the physical working space, all with the goal of increasing collaboration, increasing the innovation rate, increasing the speed with which we were acting in the marketplace."

The new strategy and physical space went a long way toward breaking down the dreaded silos that plague many organizations, creating the collaborative culture that exists today.

"There's a lot of talk about this these days, but if you want to make your organization much faster moving and much more innovative, one of the key prerequisites is to create a culture that is highly collaborative," says van den Brink. "In the beginning you kind of underestimate the importance of that wiring and governance."

As with any new strategy, metrics offer management an idea of how its investment is paying off. Heineken conducts what it calls a "climate survey," which studies employee engagement and can literally track how employees are responding to changes.

"We have had double-digit increases on direction and alignment, on employee engagement and on innovation," van den Brink says. "Innovation was actually the place where we saw some of the highest increases in our total scores."

And though van den Brink and his team have implemented a great number of changes at HUSA, they are ever mindful of the effects change can have on an organization's employees.

"If you change so many things at once, people have to be able to bear all of that change," van den Brink explains. "It was critical that we balanced the need for change with the capacity and capability of people who have to manage through all that change."

Maintaining that balance is a challenge van den Brink says has been one of his toughest as a leader. Constant communication and an investment in a new learning development team have helped the organization manage that dynamic.

The increasingly fragmented beer market has seen the number of SKUs growing by 12 percent, while space is growing at maybe 1 percent, says van den Brink. "We're heading toward a collision where we literally are going to run out of space."

That phenomenon creates the need for brewers like Heineken to engage with regional and national retailers directly instead of simply relying on distributors to sell product. Van den Brink points to the need to start collaborating with retailers in new and different ways, like joint business planning.

"Commercial marketing sits in between marketing and sales," explains De Vos. "We set the commercial agenda by creating the best-in-class shopping experiences through impactful shopper solutions and strategic customer engagement that win at the point of purchase."

De Vos, who joined HUSA in November of 2013, has led similar efforts at Unilever and Diageo, and notes the importance of a commercial marketing team in today's complex sales and marketing environment.

"A fast-paced dynamic multi-channel environment needs dedicated and smart attention to accelerate growth and visibility. Our role is to take our big marketing campaigns for our brands and influence more thoughtful, selective choices about where we want to play and how we want to win," says De Vos. "By that I mean that we are carefully examining our channels and retail partners, to provide brands and tailored programming decisions that are driven by unique insights and are maximized to win over shoppers."

Heineken boasts a long history in the U.S., laying claim to being the first imported brand to land in the U.S. after the repeal of Prohibition. Though the notion of crossing borders, which is what its flagship brand Heineken stands for, remains relevant, van den Brink and his team felt the core brand needed rejuvenation.

HUSA began to focus its efforts on digital marketing and enjoyed success last year with a digital video for brand Heineken dubbed "Departure Roulette." In it, airport travelers are challenged to press a red button, which would randomly generate a destination anywhere in the world. The twist? "Contestants" had to cancel their current travel plans to take the free trip.

"The essence of the brand is still the same. It's all about inviting consumers to cross borders, to be men of the world, to open their world. That is what the brand stands for," says van den Brink. "But how we're bringing that to life through our advertising, and our digital marketing is very different from what we did before."

The second challenge van den Brink and his team tackled was turning Heineken into a broad portfolio organization. In 2010, Heineken acquired Fomento Económico Mexicano (Femsa), and with it came full ownership of the Mexican beer brands Tecate and Dos Equis.

Last year, HUSA entered the cider segment, which is extremely strong in Europe and is beginning to take off in the U.S. market. The company is introducing its new Strongbow hard ciders this year with new packaging and a new brand design.

HUSA will also launch Desperados, a lager blended with tequila-barrel-aged beer that van den Brink describes as "massive" in Europe. Globally, Heineken sells the brand in more than 60 countries, with plans to launch in the southeast region of the U.S. in 2014, preparing the way for a possible national launch in 2015.

A LOOK TO THE FUTURE

It has been a busy and productive five years for van den Brink and his team. Along the way, HUSA cemented four key cultural values that embody its vision of the organization it strives to be:

Be brave: This value is about innovation, about daring, about doing things differently. But "be brave" is also about debating with purpose and being candid. "It sounds very obvious but again, if you want to become a collaborative, innovative company, you need to have candor," says van den Brink. "People have to feel like they have a mandate to speak up when they disagree, or speak up when they have a better idea."

Decide & do: Heineken is essentially a challenger in the market. "We can't spend all of our time in meetings and in analysis. At some point, we need to make a decision and move forward," van den Brink explains.

Hunt as a pack: In order to be collaborative and innovative, leaders must break down the silos in their organization.

Take it personally: This value refers to passion–some say that Heineken employees have green blood. "We live and breathe the Heineken culture. Being a mid-sized company in a huge market, it's really important that we always go the extra mile," he says.

"I'm starting to learn that the journey is as important as the destination. We've made incredible progress but at the same time, we still have a lot of opportunity," van den Brink concludes. "This will be a journey going forward, where we need to keep reinforcing these values."

Jennifer Acevedo is the editor-in-chief of Retail Leader. 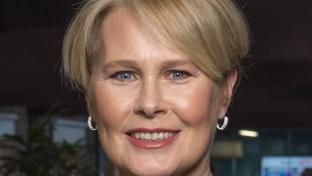 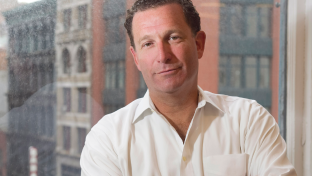 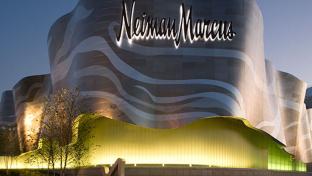 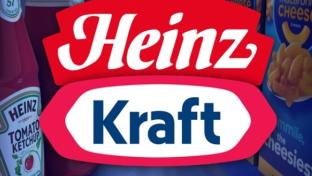 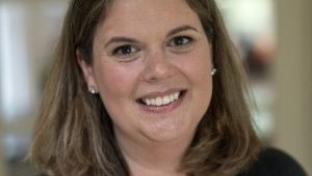