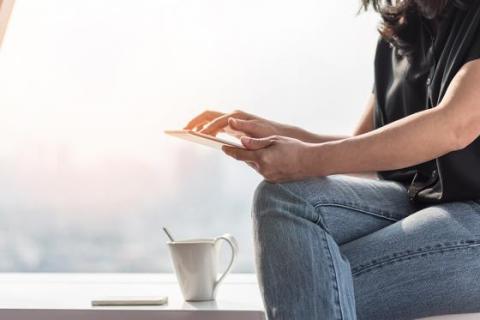 Shoploop could help boost the appeal and use of so-called visual commerce.

The new Google Shoploop mobile app enables consumers to search for videos whose creators featured such products as cosmetics — part of the initial focus of Shoploop — that are available for sale. Consumers can save desired products for later purchase or go to merchant e-commerce sites to buy immediately. Consumers also can share their favorite videos items with other people, and to follow specific video creators. Google reportedly has yet to monetize the Shoploop app but that could change based on early success of the tool.

“The new Google video and shopping platform shows the constant growth and importance of social shopping. With TikTok on the rise and Facebook continuously launching new features for Instagram, Google’s Shoploop shows that the company does not want to miss out on the social shopping experience,” said Marcel Hollerbach, chief marketing officer for Productsup, which provides product feeds to e-commerce sites. “Shoploop is like a modern telemarketing channel that offers new opportunities for brands and companies to show their products in a different environment and adds the entertainment factor to the shopping experience. With Google’s understanding of how to handle product data, we can expect a seamless shopping experience for customers.”

This new retail push by Google comes as other e-commerce players — including Amazon — seek to gain more footing in the larger area of visual commerce.

Amazon recently launched a new program related to “live-streaming commerce,” an interactive form of online retailer via which video creatures earn commissions on sales of product featured in online tutorials or other content. The company said it would let its Amazon Influencers create live video streams on the Amazon platform and earn commissions from product sales (akin to affiliate and social media marketing, which are themselves just updated versions of word-of-mouth selling).

Amazon launched its influencer program in 2017 and had previously allowed participants to earn money via the sales of Amazon products on Facebook, Twitter and YouTube. Now, Amazon’s live-streaming influencers can even gain what amounts to their own Amazon storefronts via the new program.

Facebook has tested live-streaming commerce and smaller U.S. retailers are also experimenting with it. For example, a U.S.-based “virtual styling” startup called Glamhive offers consumers the services of a stylist via live-streaming technology and methods. The new Google moves signals that visual commerce in various forms is on a growth path.