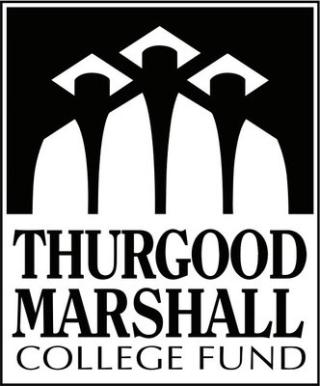 The historic endowment is the first time a company has committed to endow a TMCF scholarship.

The Hershey Co. is adding to its diversity and inclusion efforts this year by investing $1.5 million in the Thurgood Marshall College Fund (TMCF) to establish a scholarship endowment for students studying food science.

The TMCF is the nation's largest organization exclusively representing the Black College Community. The endowment will be used for students pursuing degrees in food science in TMCF-member-schools, which include public colleges that provide advanced education for underrepresented populations.

The historic endowment is the first time a company has committed to endow a TMCF scholarship. Donations to TMCF typically go into the organization's general fund. Hershey aims to increase its investment to $3 million over the next 10 years.

"Hershey has been proudly associated with TMCF for more than a decade, and I am delighted to see the evolution of our Hershey partnership grow," said Alicia Petross, VP talent acquisition + diversity & inclusion at Hershey, which is headquartered in Hershey, Pennsylvania. "Our aim is to make a meaningful difference for deserving underrepresented students who aspire to a fulfilling career in food science."

Applications for the Hershey Scholarship are open to any student studying food science at a TMCF-partner school. Students of any race are eligible to apply. The scholarships will be awarded to students who are dedicated to innovating within the food industry.

"We are extremely grateful to Hershey for their generous support and commitment to supporting our students, particularly during these difficult and challenging times," said Dr. Harry L. Williams, president & CEO of TMCF. "This scholarship endowment will make it possible for students at our schools to pursue their passion of studying and earning a degree in food science. This is a welcomed investment in the future of our nation."

Hershey has been increasing its support of Black and Brown communities across the United States to help fight racial injustice following the death of George Floyd in May. This includes a $100,000 donation to the Equal Justice Initiative and elevating its focus on its diversity and inclusion priorities.

For example, this past year the snack company gained recognition for being #21 on DiversityInc’s Top 50 Companies for Diversity; being named a top-rated workplace for LGTBQ+ employees with a 100% ranking by the Human Rights Campaign Foundation’s Corporate Equality Index for six consecutive years (2015-2020); and was named as one of America's Most JUST Companies by Forbes and JUST Capital for the second consecutive year — the JUST list recognizes U.S. companies who are leading on issues such as investing in employees, supporting communities and reducing impact to the environment.

Hershey has approximately 16,000 employees around the world and over more than 80 brands around the world that drive $8 billion in annual revenues, including such iconic brand names as Hershey's,  Reese's, Kit Kat, Jolly Rancher, Ice Breakers, SkinnyPop and Pirate's Booty.

For the third quarter ended Sept. 27, Hershey reported consolidated net sales of $2.2 billion, an increase of 4.0% from last year.

"We had a strong third quarter, with accelerated reported net sales growth of 4%, adjusted diluted EPS growth of more than 15% and confectionery share gains across markets, including an almost 190 basis point gain in the U.S.,” said Michele Buck, Hershey’s president and CEO. Buck became the first female president and CEO of Hershey when she was announced to the role in March 2017.