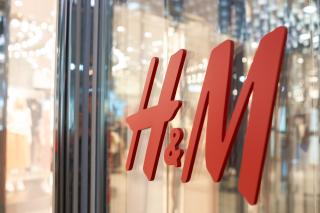 H&M plans to cut around 1,500 jobs as part of its broader efforts to reduce costs, the retailer announced on Nov. 30.

In a release, the fast-fashion retailer said the cuts were part of its broader effort to improve efficiency and cut overhead costs. It said the job cuts would cost it about $76 million in restructuring charges in the fourth quarter of this year, but that they would ultimately save the retailer about $188 million annually beginning in the second half of next year.

“The cost and efficiency program that we have initiated involves reviewing our organization and we are very mindful of the fact that colleagues will be affected by this,” said Helena Helmersson, CEO of H&M, in the release. “We will support our colleagues in finding the best possible solution for their next step.”

An H&M spokesperson told Retail Leader the reductions would apply globally to employees and consultants, but would only apply to “central functions,” and not to employees at stores.

The retailer in a September earnings call said it was working to make changes to cut costs amid several economic pressures, including its exit from Russia, challenges from a stronger U.S. dollar, and increased raw material and freight costs. The retailer operated 170 stores in Russia, but is finishing the process of permanently closing all locations in the country there due to Russia’s war against Ukraine.

The retailer in the September call said it would institute “a program to reduce costs and further improve efficiency.” Among other efforts to cut costs, Helmersson said H&M would test charging customers to return purchased items.

“It all depends on how it's received by the customer,” Helmersson told investors in September. “So that's why we do a test to see if that is something to fast track. But of course, that's only one initiative to improve the situation. There's many other things to do as well.”