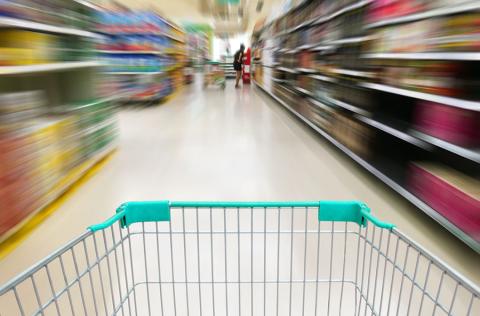 Organized retail crime is continuing to grow, with the number of dollars lost topping a key threshold for the fifth year in a row.

As the holiday season heats up, so too is retail crime — with return fraud among the major challenges faced by merchants going into the new year.

Organized retail crime (ORC) is continuing to grow, with the number of dollars lost topping a key threshold for the fifth year in a row and three-quarters of retail companies that have been victims saying activity is up, according to the 16th annual ORC study released today by the National Retail Federation.

“Retailers are seeing more cases and higher losses as organized crime continues to target stores, warehouses and cargo,” NRF VP for Research Development and Industry Analysis Mark Mathews said. “Retailers are investing millions to fight these crimes, but they need more help from law enforcement and, most of all, they need tougher laws that recognize the difference between petty shoplifting and professional crime for profit.”

The survey found 75% of loss prevention executives at a cross-section of large and mid-sized retail companies said ORC activity had increased in the past year, up from 68% last year. Losses averaged $719,548 per $1 billion in sales, a 2% increase from last year and the fifth year in a row that the figure topped the $700,000 mark.

Current losses compare with only $453,940 in 2015, and the increase of nearly 60% comes as many states have raised the threshold of what constitutes a felony, allowing criminals to steal more before being subject to stronger penalties than a misdemeanor. Among retailers surveyed, 64% have seen an increase in average ORC case values in states where that has happened, up sharply from 51% who said the same each of the past two years.

Close to two-thirds (61%) of retailers said their companies are prioritizing ORC more than they were five years ago, with 52% allocating more technology to reducing risks such as ORC-related thefts and 36% increasing loss prevention budgets.

Retailers are looking for more support from law enforcement, with only 64% saying they were satisfied with help received from local police (down from 84% last year), 55% with state authorities (down from 75%) and 50% with federal agents (down from 69%).

ORC often crosses state lines, and around 70% of those surveyed each of the previous three years had said a federal ORC law is needed. But with no action on ORC in Congress in a decade, the number fell to 62% this year. Those in favor said a federal law is needed to influence response to major ORC problems not addressed by local police and to allow federal law enforcement to become involved without having to find other laws to fit the issue.

Stolen merchandise is sometimes returned for store credit, usually in the form of gift cards. Those cards can then be sold for cash, and 59% of retailers had found them for sale on websites, up from 51% last year.

To help fight return fraud, 52% of retailers had tightened or were planning to tighten return policies. Among other steps taken to fight ORC, 45% had changed or were planning to change point-of-sale policies, while 28% were doing the same with employee screening and 27% with the way they handle trespassing.

The top five cities for ORC in the past year in order were Los Angeles, Chicago, Miami, New York and San Francisco.

The survey was conducted before the full economic impact of the coronavirus pandemic was seen, and may not reflect the impact, if any, that the pandemic has had on ORC.