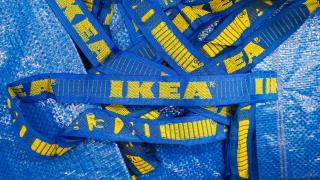 Ikea Canada will open a small-format store in Scarborough, Ontario, next year as the retailer reports growth in its in-person business.

The new small-format Ikea store will open insummer 2023 and will serve customers in the east end of Toronto, the retailer said in a release. It will be the second small-format store for Ikea in Canada after it opened one earlier this year in downtown Toronto.

"We are grateful Canadians are returning to connecting in-person, including at our Ikea stores, plan and order points and design studios, and are pleased to announce our continued Canadian expansion," said Michael Ward, CEO and chief sustainability officer at Ikea Canada, in the release. "The planned Scarborough store is part of our broader investment in sustainability, affordability and omnichannel shopping experiences that help to make us more accessible to our customers."

The new store will be about 80,000 square feet and will be located on the ground floor in the Scarborough Town Centre, according to Ikea. Ikea Canada said it was opening the store amid data that showed a 123% increase in in-person visits to its stores.

According to the retailer’s 2022 Summary Report, 26 million people visited its stores in the country this fiscal year, and sales increased 1.3% to $2.6 billion. The report also reflected a focus on sustainability, as the retailer said thousands of customers returned used items to Ikea for in-store credit. Ikea said over 78,000 spare parts were ordered from the retailer as customers looked to repair rather than replace existing furniture.

While the retailer is poised to continue the expansion of its small-format stores, earlier this year Ikeashuttered two small-format locations in the U.S. At the beginning of the year, Ikea closed its planning studio in Manhattan’s Upper East Side neighborhood. The retailer at the time said it would look for a new location for the store, which was even smaller than its other small-format offerings and didn’t offer products for same-day takeaway. Ikea last month announced that its small-format store in Queens, New York, would also close by the end of this year, less than two years after it opened, Retail Leaderreported.

Retailers from Target to Kohl’s have experimented with small-format stores, which allow department stores and other retailers to bring their products to customers in city centers, college campuses or in other areas where larger stores aren’t practical.

Despite increases in Ikea Canada’s in-store foot traffic, the retailer said its online business continued to be important with 1.77 million orders placed online for delivery and another 776,510 orders placed for pickup.