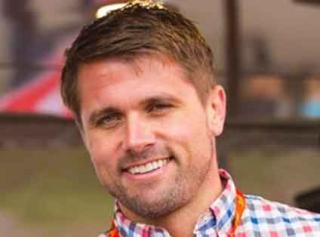 Brendan Whitworth, Chief U.S. Sales Officer for Anheuser-Busch InBev, is talking about hard teas, coconut water and organics. In other words, sounding very unlike a top executive at a $56.4 billion global brewer. That’s the idea, because in a category such as beer where growth has been hard to come by in recent years, innovation has taken on new significance, whether it is product development, category management or supply chain processes.

“Innovation is a key part of what we do and we view it as a way to ‘premiumize’ what we are doing and provide solutions that are totally incremental to our business,” Whitworth said. “When you innovate you have to reinforce what the mother brand is and stands for. If you look at what we are doing now, it is more about considering where a brand sits within our portfolio and then innovating off of that brand so that it reinforces the position.”

By contrast, the flagship Budweiser brand is a classic lager with a richer flavor and greater alcohol level which meant a different approach was taken with line extensions. The company introduced its Reserve Series, including Repeal Reserve and Freedom Reserve, which Whitworth said leverage recipes discovered in George Washington’s military journal and offer a fuller flavor.

Other recent examples of innovation include the introduction of Copper Lager, a unique partnership with Jim Beam, to create a rich tasting lager with notes of Jim Beam bourbon. New in 2019, will be a partnership with the popular sports and pop culture web site Barstool Sports involving the Natural Light brand, according to Whitworth.

“There is a ton of innovation we do with new brands that meet the historical definition of beer, but now we are playing around with completely different things,” Whitworth said.

That’s why Anheuser-Busch InBev has introduced products such as hard green tea, alcoholic coconut water, alcoholic seltzer water and the industry’s first organic beer. The company also saw what was happening across the food industry with natural and organic products driving the bulk of growth and basically said, “what about beer?” The result was the launch of Michelob Ultra Pure Gold, the first organic beer, and a new product that will eventually carry the USDA organic seal once certifications are complete, according to Whitworth.

“We are seeing a lot of the sales volume coming from buyers who are new to the beer category so the sales are totally incremental and repeat purchase is high. We are bringing users in via the equity of organic,” Whitworth said. “The brand is grows every month to exceed our expectations.”

Other forms of innovation

While Anheuser-Busch InBev is busy on the product innovation front it is also innovating and thinking about business processes such as category management, supply chains and assortment optimization.  For example, Anheuser-Busch InBev owns a brand in Argentina called Patagonia which research indicated could have potential in the Colorado market. However, rather than ship beer brewed in Argentina to Colorado, the needed ingredients were shipped to a brewery in Fort Collins and brewed under the supervision of Patagonia brewmasters and sold in the Denver area.

Category management, or as Whitworth calls it, category leadership, is also an area ripe for innovation and process improvement.

“Relative to assortment you have to have a fine balance between productivity of the space and assortment. You can’t deliver to a store every hour and you can’t merchandise the shelf every minute but you have to make sure you minimize out of stocks. That is the fine line,” Whitworth said. “We are ramping up our category leadership capabilities with new leadership, new hires and a new structure to ensure we are generating the right content and insights while also doing all the tactical things.”

Aiding in the process is an artificial intelligence initiative design to perform complex calculations to optimize assortments across Anheuser-Busch InBev’s more than 500,000 accounts. The company has become much more granular in its approach to assortments by geography and account type to help drive growth for retail accounts.

“The way beer shows up in the store is also a big opportunity. We have to present the right level of education and navigation and we need to be able to educate consumers on all the different beer styles,” Whitworth said.

One of those opportunity areas is e-commerce. As other categories migrate online, in some store formats it can free up space for the beer category which is currently at a 0.5% online penetration rate. E-commerce is definitely an area Whitworth is keeping an eye on as is the impact of the growth of cannabis.

“If you look at Colorado it has some of the best beer industry trends in the country,” Whitworth said. “We continue to assess role of cannabis, but everything we are seeing so far is that cannabis is complementary and not a substitute. I don’t know how that is going to change in the future but there is much to be understood about how products will be regulated.”

As head of U.S. sales for Anheuser-Busch InBev, Whitworth leads a sizable team. There are 3,000 employees, a partnership with 450 wholesalers and 13,000 sales reps going in stores every day. He joined the company in 2013 and prior to that he no experience in the brewing industry but had learned the ropes of the CPG world while at PepsiCo.

What Whitworth brought to Anheuser-Busch InBev and PepsiCo before that was a unique leadership skill set hone during his time in the U.S. Marines and then the Central Intelligence Agency. Whitworth’s father had been a senior person in the Federal Bureau of Investigation under the J. Edgar Hoover regime which instilled in him at an early age a high opinion of government service and sense of patriotism. Coupled with what he characterized as a privileged upbringing as the son of a physician, Whitworth said he felt he had a debt to pay society when he graduated from high school.

“I couldn’t think of a better way to start than to go into the military,” Whitworth said.

However, a lifelong career in the military wasn’t in the cards for Whitworth who during his time in the Corp. decided to pursue an opportunity with the Central Intelligence Agency. The year-long process of joining the CIA came to a head on September 10, 2001 when Whitworth was flying from Washington, D.C. back to San Diego to complete testing. The following month he left San Diego to start with the agency and was in the first post-Sept. 11 class of agency officers.

Although no longer a Marine, Whitworth said he felt he was in a better spot to hunt down bad guys as part of the CIA, which ended up proving true considering all the countries where he was assigned.

“I felt like I was in a great position to make an individual impact,” Whitworth said of his time in the CIA.

He was part of the agency’s counter-terrorism center, learned Arabic and spent time in North Africa, Iraq, Syria and Pakistan. While in Iraq from 2005 to 2006 and contemplating his next move to Yemen, Whitworth sent an application to Harvard and was accepted to the business school.

“I went back to Boston instead of Yemen and got exposed to this thing called business,” Whitworth said. “I felt like after eight years in the Marines and the CIA I had paid the debt.”

After earning an MBA from Harvard, Whitworth joined PepsiCo as part of a leadership development program and spent two years inside a Frito Lay manufacturing business. He progressed to the company’s sales organization, DSD operation and before long was running key accounts in the Northeast.

“I learned a lot about category management, key accounts and retail relationships,” Whitworth said of his time at PepsiCo.

When a recruiter came calling about an opportunity with Anheuser-Busch InBev Whitworth made the switch to a new role at the brewer. He quickly advanced through the organization to his current position, where he’s focused on driving growth by pursuing an innovation agenda that extends from product development through all aspects of the company.