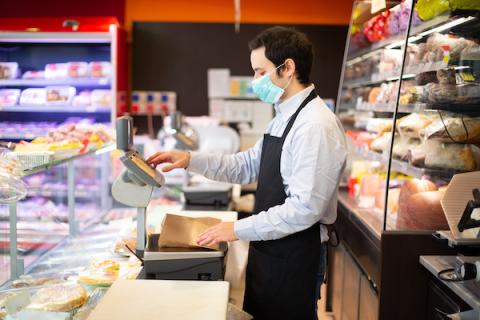 During the final months of 2021, the economy will rely more on higher wages to offset higher spending, according to the National Retail Federation, which published its Monthly Economy Review for September 2021 However, higher wages could lead to more inflation.

“Consumer spending is currently far above pre-pandemic levels thanks to unprecedented monetary and fiscal policies that have backstopped demand by putting money into wallets,” said NRF Chief Economist Jack Kleinhenz. “But as the economy moves forward into the later months of 2021, federal aid will be tapering off and there will be an important focus on the ability of the labor market to generate ongoing strength in wages and salaries to support spending. U.S. consumers remain in the mood to spend, but the labor market and job creation will play an increasing role in their ability to do so.”

Jobless claims for the week ending Aug. 21 were 353,000––holding near a pandemic low. The recent figures underscore how many workers are returning to the employment market. Despite more job gains through the year, several industries, including retail, are still having trouble filling open roles. To attract workers, employers are forced to increase wages and benefits. Those higher wages are likely to continue to boost spending, although prices may increase, as well, according to NRF.

“The bulk of the recent upturn in U.S. inflation has been driven primarily by supply chain bottlenecks and low levels of inventories, but high labor costs are often passed on to consumers and are considered a precursor of broader inflation,” Kleinhenz said. “We will be monitoring labor market developments intently to determine if expanded payrolls expected in the coming months will influence inflationary pressure, especially as wages and salaries increase.”